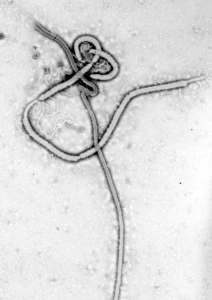 As Jessica Vaughan of the Center for Immigration Studies points out, there were many reasons why Thomas Eric Duncan should never have been allowed to enter the United States. It turns out that the simple, prophylactic measures which ensure the fiscal and cultural vibrancy of this country-or which used to do so, at any rate-also have immense public health benefits, e.g. preventing the diffusion of an incredibly fatal pandemic. The fact that lax customs and border procedures have endangered American citizens should come as no surprise to those of us who have been following the epidemiological nightmare which has emerged from this administration’s embrace of the thousands of unaccompanied minors streaming into our country from Central America, via Mexico.

However, I’d like to briefly explore the way in which this case illustrates the fundamental divide that lies at the heart of immigration to the West from the third world. Namely, the desires of those who are mired in poverty-and in this case, who are forced to rely upon parlous healthcare distribution networks-versus the needs of those who are living in developed nations such as the United States and United Kingdom. Leaving aside the dubious ethicality of  traveling abroad with the knowledge that you’ve contracted the ebola virus, seeking treatment at first-class medical facilities in the United States made perfect sense to Mr. Duncan as a matter of self-interest and survival, especially when he contemplated the alternative.

This is why the  refrain by open borders fetishists that those of us who want reasonable immigration policies are “anti-immigrant” and “xenophobic” misses the point altogether, which I’m sure is intentional on their part. No one is blaming immigrants for wanting to escape the disastrous conditions in which they find themselves-and which many of us would attempt to flee if found in similar circumstances. The blame does not accrue to them, but to the political, corporate, and journalistic class which has enabled scores of such individuals to find safe haven in the west at our expense.

It’s not immigrants who are at fault for the problems you’ve seen catalogued in these pages for the past four years, but the architects of public policies which have allowed these problems to manifest in the United States. The ultimate outcome of Mr. Duncan’s trip to the United States has yet to be determined, but I think we can safely assume that the shortsighted and politically opportunistic policies which allowed him to travel freely around this country will not revisited any time soon, despite their potentially catastrophic consequences for the rest of us.

This entry was posted on October 2, 2014 at 12:09 PM and is filed under Analysis, News, News and Analysis. You can follow any responses to this entry through the RSS 2.0 feed.