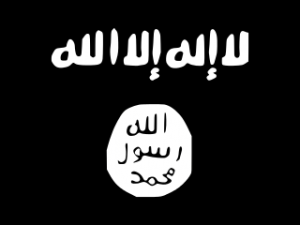 With the horrific ritual slaughter of yet another American journalist, it’s become clear that the Islamic State, after briefly pursuing the hearts and minds strategy, has reverted to form. Whether we call them ISIL, ISIS, Al Qaeda in Iraq, or the Combatant Vanguard, the essence of this group of sociopaths remains the same, i.e. a nullification of civilization. Which is why preventing any of these death cultists from entering-or returning to-the United States is of the utmost urgency.

Of course, our government has shown no inclination to limit our exposure to future Islamic terror plots. To the contrary, it has repeatedly invited thousands of refugees from states which have served as assembly lines for ISIS, Hezbollah, and al-Shabaab jihadists to resettle inside of our country. To add insult to injury, the Department of Homeland Security has absolutely no clue where 6,000 foreign students who have overstayed their visas are at this moment. We can only hope they aren’t pursuing the same path as one of the more notorious foreign students to come to our shores.

Whether or not the battalions of the Islamic State have the capability of enacting a 9/11-style terrorist assault on this country remains to be seen. However, our immigration control system is the least of their worries, as the most recent terror alert makes abundantly clear. Kudos to Judicial Watch for bringing to light the unmitigated failure of this administration to protect the lives of American citizens. The fact that the President and his allies are more concerned about placating the ethnic grievance industry-and gleaning the votes it represents-than ensuring America’s security tells you all you need to know about this administration’s misplaced priorities.

This entry was posted on September 3, 2014 at 12:51 AM and is filed under News. You can follow any responses to this entry through the RSS 2.0 feed.