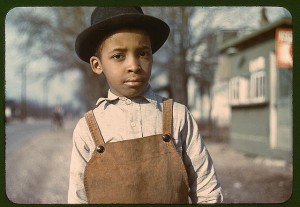 One of the more remarkable aspects of President Obama’s political career–and this is not a novel observation on my part–is his inability or unwillingness to sacrifice political capital on behalf of his ostensible allies. A perfect illustration of the lack of reciprocity between Barack Obama and his putative friends is his relationship with organized labor. Despite the fact that he most likely would never have been elevated to high office were it not for the efforts–and millions of dollars in campaign contributions–of the Service Employees International Union and AFL-CIO, his assistance in the failed effort to recall Governor Scott Walker–Big Labor’s most prized agenda item apart from this year’s presidential election–consisted chiefly of a supportive tweet endorsing his Democratic opponent a few hours before Election Day.

What’s even more astounding is the length to which the commentariat, the Democratic establishment and other bastions of support will go in order to justify the tunnel vision of the President and his campaign advisors. Public sector unions support Obama not for any altruistic motives – although their leadership does largely agree with the doctrinaire leftism espoused by Obama, above and beyond economic issues, but because theirs is primarily a transactional relationship; i.e. they expect him to reward their financial and political support by confiscating wealth from the private sector and redistributing it to their membership.

Yet despite the seemingly transparent nature of this political alliance –and the unstinting support labor unions have given to the President throughout his political career–he has not been willing to yield much of anything substantive in return for their support. Yes, he’s more than willing to employ the administrative state– such as the National Labor Relations Board – and use extraconstitutional measures– such as rewarding the UAW and defrauding bondholders through the massive auto bailout – in order to grease the palms of his union benefactors. However, he’s rarely willing to put his name and/or reputation on the line on behalf of his Big Labor allies, whether it means endorsing a dogmatic leftist, union-supported challenger to Senator Blanche Lincoln of Arkansas two years ago or campaigning for the man nominated to take on the universal hate object of the left, Wisconsin governor Scott Walker.

If this is the way that the President treats people with whom he has a direct quid pro quo relationship, how much loyalty does one of the most devoted, yet most easily ignored, factions within the Democratic Party tent expect? I’m referring, of course, to the African-American community, which supported candidate Barack Obama in excess of 95% when he ran successfully for President four years ago. Despite the unalloyed dedication black voters have shown to Obama’s political cause, the tangible benefits they’ve received in return for this loyalty have been scant. The unemployment rate of African-Americans is close to seventeen percent, according to the Bureau of Labor Statistics. The unemployment rate for black teenagers of both sexes is close to fifty percent. In other words, nearly half of all African-American youth is currently unemployed.

You would think that the prolonged joblessness of one of Barack Obama’s key constituencies would elicit more concern from the Chief executive, or at the very least, something beyond the gestural politics of dispatching Vice-President Gaffe to the annual NAACP Conference. In fact, the opposite is the case. As many pundits have pointed out recently, Barack Obama is now focusing his energies almost entirely upon cultivating the “Latino vote,” the centerpiece of his reelection campaign being an unconstitutional–and probably illegal–decision to bypass Congress and enact the repeatedly defeated Dream Act into law via administrative decree.

Even as the unemployment roles are swelled by the ranks of young African-American men and woman, the President has directed that hundreds of thousands of work permits be granted to individuals who are not only violating American law, but who are–legally, at least–not able to cast a ballot for him or his party in the coming election. This decision reflects not only the craven nature of a politician who has systematically alienated most of the electorate in this country, but also the deep-rooted cynicism of someone who takes his support from black voters for granted, perhaps rightly so.

Beyond this ingratitude is the quintessential egotism of the Narcissist-in-Chief. Despite his and his wife’s repeated paeans to public service, the President is not here to serve the American public. The public of Latin American nations which object to the enforcement of federal immigration law-see the administration’s lawsuit against the state of Arizona–merits concern; but the views of those whose votes catapulted him past Hillary Clinton and John McCain in the 2008 presidential election are immaterial as far as he’s concerned. What’s more, those American voters are here to serve him, even if that means their erasure from the job market and eventual political extinction in favor of more coveted, imported minorities.

For O, loyalty is a one-way street.

This entry was posted on July 24, 2012 at 4:59 PM and is filed under Analysis, News and Analysis. You can follow any responses to this entry through the RSS 2.0 feed.