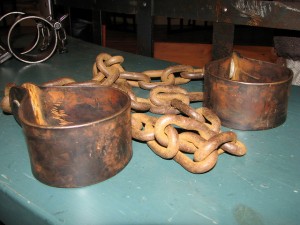 Numerous news outlets are reporting on the case of Annie George, a wealthy Indian immigrant who kept another Indian, known as “V.M.”, in virtual slavery in upstate New York, paying her the equivalent of eighty-seven cents an hour to work for her family over the past six years.
The best reporting comes from the local Saratogian:

In October 2005 she accepted an offer from the George family to work as a domestic, doing the family’s cooking, cleaning and providing child care.

V.M.’s account said no employment or tax forms were ever completed or signed by her.

During the 5-1/2 years she worked for the family she said she never saw a dentist or a doctor and was required to sleep on the floor in a bedroom closest to be close to the children.

V.M. will likely successfully sue for hundreds of thousands of dollars in owed wages.  Most illegals in her situation don’t get so lucky.