NYICE Counter-Protests In Support of SB 1070 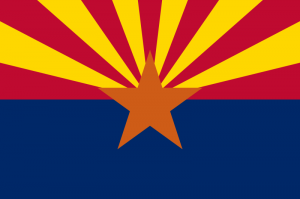 On July 8th, the New York Immigration Coalition, a group sympathetic to illegal aliens and supporters of immigration amnesty, held a rally outside the offices of Major League Baseball (MLB).  The protest rally was against the state of Arizona and the passage of SB 1070.  MLB was targeted because they host the All-Star game in Arizona.   Groups such as the Service Employees International Union , La Union de La Comunidad Latina, and the New York Civil Liberties Union were co-sponsors.  Local politicians Charles Rangel (U.S. Representative, NY) and John Liu (Comptroller of New York City) attended and spoke against Arizona for the crowd.

But the story does not end there.  Also in attendance were counter-demonstrators – concerned citizens of New York Immigration Control and Enforcement (NYICE), led by their president Joanna Marzullo.  Public opinion is swayed by the street-theatre of demonstrations.  Organizations like MLB make decisions according to their perception of public opinion.  By representing the quiet majority of Americans that support SB 1070, groups like NYICE ensure that the questionable tactics of pro-illegal groups do not hijack the proper debate on immigration required by a civil society.  The counter-protestors were well-behaved , but their mere presence was an important counter-weight to the voices in support of amnesty.

The humorously-named blog, Vigilant Squirrel Brigade, covered the counter-protest by NYICE in detail.

This entry was posted on August 6, 2010 at 2:12 AM and is filed under News, News and Analysis. You can follow any responses to this entry through the RSS 2.0 feed.

2 Responses to NYICE Counter-Protests In Support of SB 1070