NYC – it never sleeps – particularly when it comes to protests and rallies, a restless hot-bed of activism. Three events came up recently that dealt with the egregious treatment of minorities in NYC and the world at large, some with deathly consequences. When and how to we fight back against tyranny? Will tolerance keep the peace? 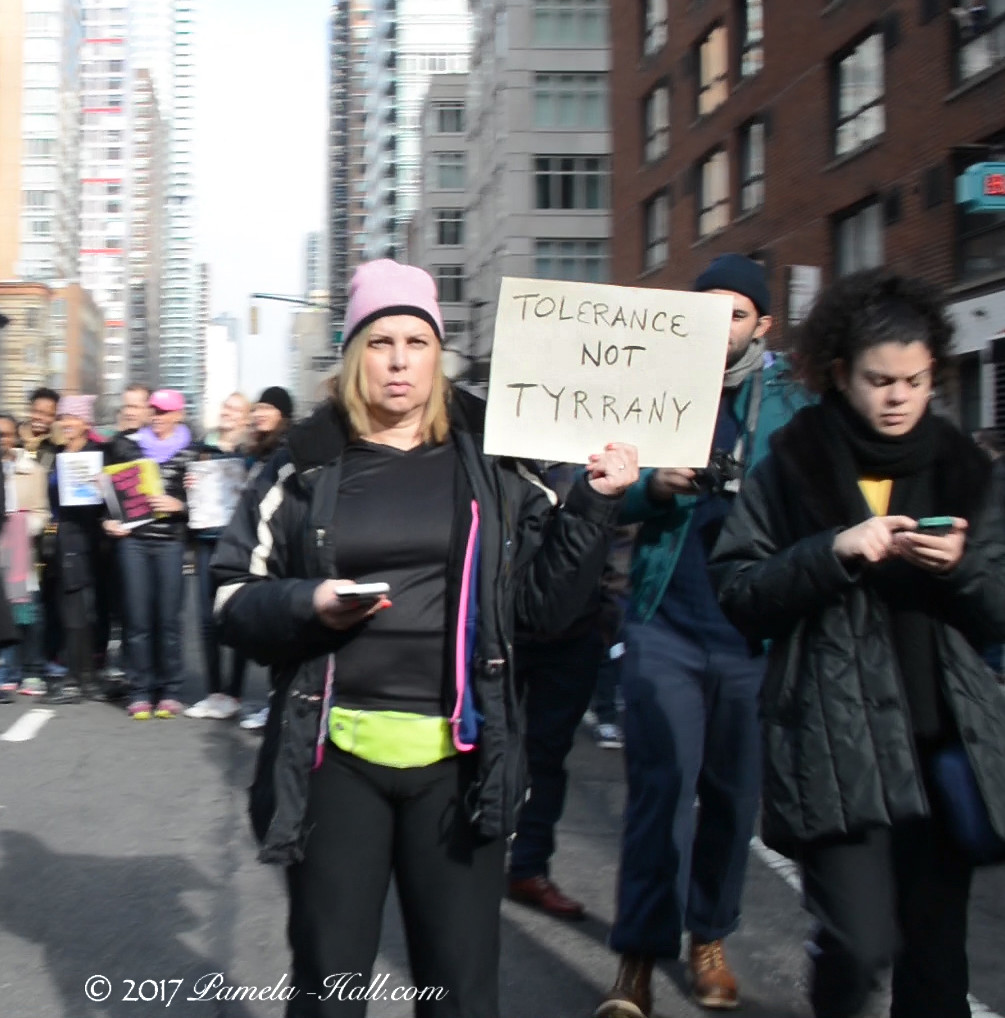 First up, a the displacement of minorities that comes from within the very leftward government that runs NYC: not genocidal, but racist and profit-motivated. The merits of which are constantly being challenged by this consortium. April 26, 2017. 3:30 pm. The LES (Lower East Side) consortium  of leftists, socialists and Communists were protesting real estate buy-outs and demanding the resignation of Comrades De Blasio and Chin.

Protest after protest, Mayor “Red Bill”  and Council Member, Margaret Chin have ignored their demands. Amid cries of racism, the residents feel there is no place for them in the De Blasio/Chin LES. And they might be correct. Media Advisory says: “Chin – launched her own limited rezoning for Chinatown – excluding Latins, Blacks and other Asians from land use protections; destroying our communities; pitting Asian Americans, Blacks and Latinos against each other.” [Video]

Who is right. Wrong. Old buildings eventually come down. Is it necessary to eliminate the status quo? Is it inconvenient for them to remain in their communities?

The LES Community demands that Chin and Mayor “Red Bill ‘ de Blasio step down. Guilty of collusion with real estate developers and their racist policies, leading to the potential destruction of Chinatown, the Lower East Side and lower Manhattan. 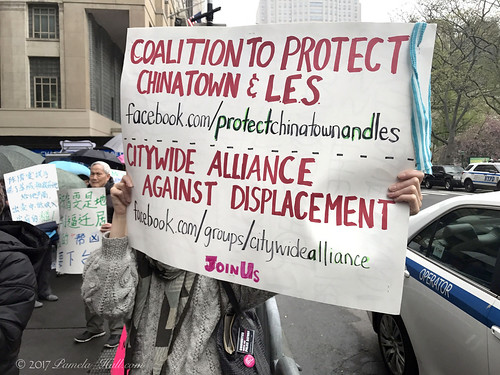 Which takes me next to the Armenian Genocide Commemoration. For the 100 year anniversary in 2015 there was a much larger gathering. But, large or small, each year’s theme is the same: NEVER FORGET. The Muslim Turkish Government’s attempt to wipe the Armenian people off the planet was genocide and Hitler admired what the Turks nearly accomplished. This was his template used against the Jews of Europe – his Final Solution – GENOCIDE.

… millions of people around the world will mourn the implementation of a plan—devised by Ottoman officials a hundred years ago, amid the chaos of the First World War—to annihilate the Armenian people in their native homeland. Initiated in 1915, the policy was brutally effective; by the war’s end, it had resulted in the destruction of virtually every Armenian community outside Constantinople, and the elimination of more than a million people from territory in what is now modern Turkey. This is what is meant by the term “Armenian genocide.” [The New Yorker] 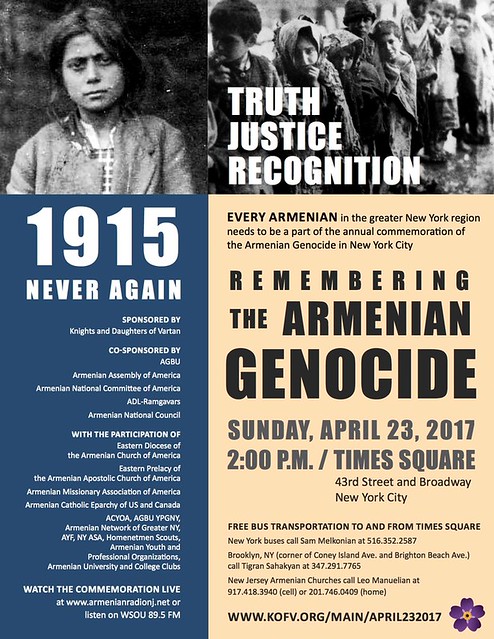 Sen. Chuck Schumer spoke, as he seems to do every year, addressing the collective Armenian trauma and Turkey’s refusal to acknowledge the sins of their fathers. 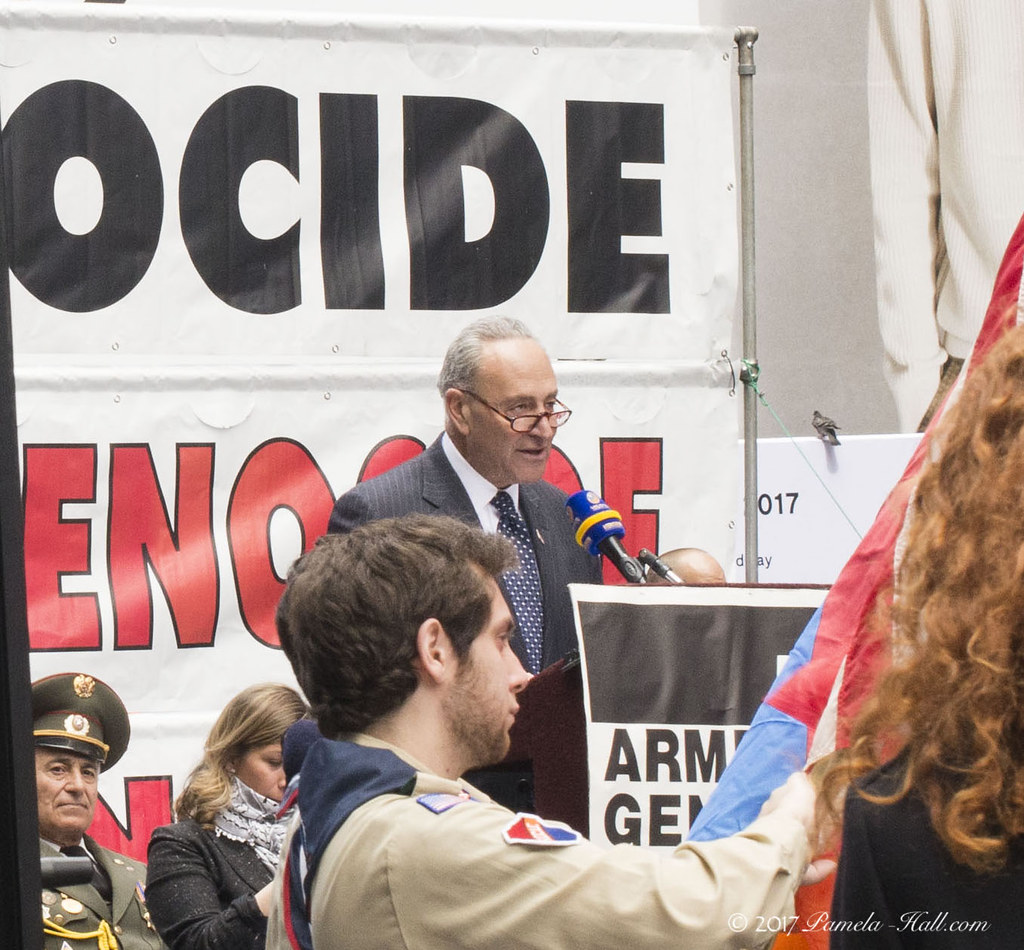 … For many Armenians living around the world, in a state of post-Ottoman diaspora, that trauma has been compounded by the lack of official recognition and reconciliation. To this day, the Turkish state denies that a systematic annihilation ever occurred (by the name of genocide, or any other).And Armenians continue to struggle with the official negation: to endlessly combat it is its own form of prison, but to try moving past it unilaterally, abandoning the horrific events of 1915 in the shadows of denial, is to succumb to willful blindness and injustice … [The New Yorker]

Which brings me to my final entry: the 25th Anniversary of the world acceptance of Falun Dafa, accepted by al…except China! May 12 , 2017  was World Falun Dafa Day.  [Video]

I happened upon their parade at 42nd st. and 10th ave. Colorful. Joyful. Impressive. Banner after banner. They really are world-wide. Their message: Falun Dafa Is Good.  A peaceful meditation that CHINA has decided is so EVIL that Falun Dafa practitioners must be eradicated. (Genocide)

This was a long parade. Never did see the end of it. Saw banner after banner representing countries around the world where Falun Dafa are accepted (but not in China). In China they are still harassed, imprisoned, murdered. It seemed the NYPD was redirecting the parade away from the Chinese Consulate on 12th avenue. Odd since the Tibetans protest there regularly. Whatever, the Falun Dafa marched toward the Consulate in celebration and protest. 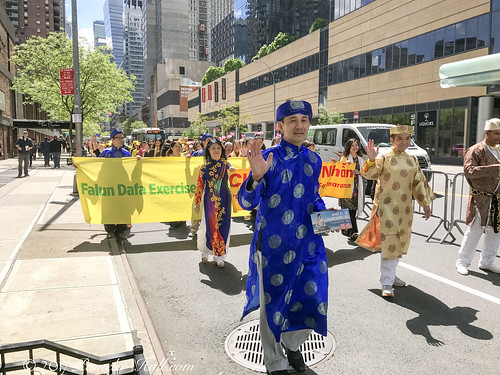 The LES Chinatown real estate situation is obviously not the Armenian and Falun Dafa genocides. But, the tyranny of government can go easily from real estate adventure, to eminent domain, to removing a whole people, leading to genocidal consequences.

Every time the free world attempts to protect itself from the one-world Islamic anschluss of terrorism and domination we are badgered with cries of racism, xenophobia, or even more ridiculously, Nazi. Who is right?  Who decides. Who wins?

Hitler. Stalin. China. Turkey. Geographically specific horrors. But Islamic domination and genocide is a worldwide horror. It’s here. It’s now. So as the city that never sleep plods on with parades, protests and rallies one phrase rings true: NEVER FORGET. (Never give in) Brave words to live by … or die.