The State Of The GOP 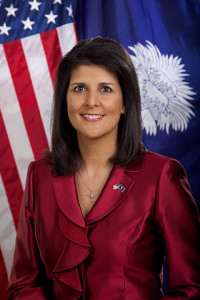 Tuesday saw Barack Obama’s final State of the Union address before Congress. Unsurprisingly, there was very little substantive discussion of the one subject Americans are preoccupied with at the moment, i.e. the complete evisceration of this nation’s immigration laws by the current administration. There was, however, a typically pompous denunciation of purportedly divisive voices whose chief crime seems to be opposing the generally unpopular, and legally dubious, immigration policies of the President.

However, in what is probably the first of its kind, the Republican response to this year’s SOTU echoed the same theme emphasized by Obama himself. You don’t have to be enamored of either Ted Cruz or Donald Trump to recognize the stupidity of directly and unambiguously insulting millions of loyal Republican voters. Unfortunately, this has become routine for the establishment GOP. The brilliant Mark Steyn has illustrated just what was wrong with Governor Haley’s ostensible rebuttal-in reality, explicit endorsement-of the President’s message.

You can read Steyn’s astute analysis of the flaccid Republican opposition here. For what it’s worth, being praised by NY Times columnists and RNC chairmen is a dubious distinction, although one I’m sure the leaders of the dwindling minority are reveling in at the moment.