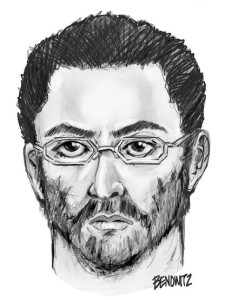 Update: Suspect taken into custody. In Switzerland, however, the suspect has died of his wounds.

So far Swiss authorities have not come to the conclusion that the stabbing spree/arson attack on train passengers was linked to terrorism. Then again, we should recall that German and Scandinavian law enforcement have engaged in a systemic coverup of migrant sexual violence and crime against indigenous Europeans. Of course, it’s entirely possible that this attack is simply an isolated outbreak of psychotic violence, a la the man who murdered over a hundred people on a South Korean subway. However, if this was indeed another example of Islamic terrorism, it would fit what social scientists, in any other context, would describe as a pattern. Unfortunately, patterns don’t exist when we’re discussing the regressive left’s rabid pets, which are invariably described as lone wolves, no matter how many of them exist.

In news closer to home, a Bengali imam and his assistant were murdered in Ozone Park, a neighborhood previously known as the bailiwick of John Gotti Sr.-the former head of the Gambino crime family-but which has changed demographically since the Don of the Gambinos held sway. When I first heard about this crime, I immediately thought of Rashad Khalifa, an imam in Arizona who was assassinated by the man who would become Osama Bin Laden’s secretary. Despite the many misleading claims about rampant Islamophobia within the West-the NPR story describing the killings of these mosque officials among them-the truth is that the number of Muslims being victimized expressly because of their religious beliefs amounts to a rounding error in most non-Muslim, Western societies. If you read a story about an imam being killed, chances are that the crime was committed by a co-religionist. If you hear a breathless news report about a mosque in the United States being attacked, it’s more than likely a pre-fabricated hoax.

Yes, there are Muslims who are legitimate victims of crime in our society, just like there are Christians, Jews, Hindus, Sikhs, and atheists who fall victim to malicious individuals. But these crimes are committed by fundamentally damaged individuals whose motivations do not spring from some deep-seated hatred of Muslims. We should also remember that criticism is not crime, despite the increasing criminalization of dissent. Pointing out the incompatibility of Islam with Western norms, or the stupidity of importing millions of unassimilable Muslim settlers from the Middle East does not make you an accomplice to murder. Regardless of whether the perpetrator of this horrific crime was  a disgruntled Muslim, a Hispanic, or a white Christian, any attempt to transpose blame upon Donald Trump is despicable. However, it’s completely in keeping with the modus operandi of CAIR, which is, after all, an offshoot of the Muslim Brotherhood.

Those of you who can help identify the suspect in these murders-whose sketched image can be seen here-should contact the NYPD immediately. You can find all the information you’ll need here. As loathsome as CAIR  and all it represents is, we can all agree that the perpetrator of this crime, regardless of motive, should be brought to justice as swiftly as possible.

This entry was posted on August 14, 2016 at 8:01 PM and is filed under Analysis, News, News and Analysis. You can follow any responses to this entry through the RSS 2.0 feed.