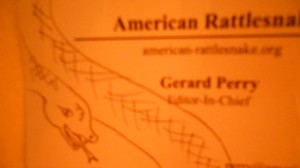 -As we predicted, the Senate passed the Gang of Eight amnesty yesterday, setting the stage for the final battle in the House of Representatives, which is ostensibly controlled by Republicans. You can view the roll call vote, which will serve as a handy reminder of which cringing Republicans need to be removed from office the next time they come up for reelection.

-The Senate debate over disassembling our republic was a thoroughly unedifying spectacle, from the senescent tirades of the Republican Party’s chief open borders pom pom twirler to the irrefragable idiocy that we’ve come to expect from his mini-me, Lindsey Graham. The only consolation is that some of us will be able to elect a new Senate before Congress elects a new people.

-You would think the threat of a bitterly fought, expensive primary-endorsed by no less than a former GOP Vice-presidential nominee-would cause skittish representatives to think twice before enacting a politically and economically ruinous amnesty. The promise by Rep. Steve King to depose Speaker Boehner if he moves forward on S.744-a move supported by powerful members of the House Republican caucus-seems to have instilled a measure of fear into La Raza enthusiast Luis Gutierrez’s BFF.

-Then again, the Republican leadership has never been known for its sagacity or political intuition. A fact demonstrated by comments made by RNC Chairman Reince Priebus after Senate passage of the Gang of Eight monstrosity. The elites have an entirely different conception of the public interest than that of most Americans, who tend to prioritize things like job security, safety, and upward mobility over the concerns of large corporate donors such as Big Agra and Silicon Valley lobbyists pleading for the importation of more high tech serfs.

-I tend to agree with Mark Levin, who believes that if amnesty is stopped in this session of Congress it will be in spite of John Boehner, not because of him. This man wants amnesty to be the law of the land, and the only thing preventing his wish from being fulfilled is the unified opposition of conservative Republican voters. The leadership of the Republican Party in the House needs to be reminded that they do not work for either Nancy Pelosi or Barack Obama, but for their constituents, i.e. patriotic  citizens who believe in American sovereignty and real border security. Even if the demise of the GOP as a national political entity is meaningless to them, these people should be reminded that they are placing their own political careers in jeopardy.

-With the abdication of leadership and abandonment of principle by so many Republicans, it’s reassuring to find a small glimmer of light in the struggle over amnesty in one of the least likely places. I refer to a fantastic piece published by The New Republic written by self-described liberal, opposing immigration reform. Much like Ted Rall, T.A. Frank sees the peril in naturalizing millions of workers-in addition to the hundreds of thousands who will imported over the same period-that will compete-at a decided advantage thanks to Obamacare regulations-with unemployed Americans who are already on the bottom rung of the economic ladder. The plight of American workers is something that the left cared about a scant two decades ago, but I suppose times have changed.

-We end today’s Rattle on a slightly humorous note. It appears that the Obama administration is not pleased with the way Hong Kong immigration officials  handled the departure of former NSA contractor turned leaker Edward Snowden, whose whereabouts have yet to be ascertained with any degree of certainty. Although this subject raises themes of constitutionality, privacy, foreign policy and other issues of grave import, what tickles the funny bone is the White House’s reaction to Mr. Snowden’s tour of the Eastern Hemisphere. In particular, the comments of White House Press Secretary Jay Carney:

The White House, which is typically much more restrained in its public remarks about the PRC, expressed a similar sentiment.

“We are just not buying that this was a technical decision by a Hong Kong immigration official,” White House press secretary Jay Carney said to reporters at a daily news briefing on June 24. “This was a deliberate choice by the government to release a fugitive despite a valid arrest warrant, and that decision unquestionably has a negative impact on the U.S.-China relationship.”

I completely agree, Mr. Carney. The notion that career bureaucrats would be responsible for momentous decisions that could have potentially grave consequences for national security is simply preposterous! I have no idea why someone would even consider deceiving the public with such an implausible scenario. People get the daftest notions sometimes.

This entry was posted on June 28, 2013 at 5:48 PM and is filed under Analysis, News, News and Analysis. You can follow any responses to this entry through the RSS 2.0 feed.