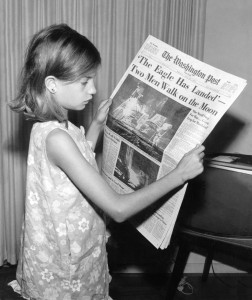 I should probably preface this post by admitting that I was a participant in the Washington Post’s America’s Next Great Pundit contest, a misguided and perhaps ultimately futile attempt by WaPo to expand its youth demographic among the ever-declining readership it lays claim to.

In fact, my submission was drawn from an essay posted to this very website, entitled-appropriately enough, considering the subject of this post-Spin. You can judge for yourself whether it’s worthy of being published in Washington D.C.’s most widely-circulated newspaper. My own view, even prior to submitting the piece, was that it would be rejected by the Washington Post’s editors, whose support for unfettered immigration is so unstinting that even the ostensibly conservative columnists working for them embrace it without reservation.

So imagine my surprise when I learned, courtesy of a blog post on the indispensable website run by the Center for Immigration Studies, that the person chosen over yours truly was, in fact, an unapologetic supporter of open borders. At least, for the United States. We know this because his first column was devoted to rhapsodizing passionately over the need for America’s blighted rust belt cities to open their gates to immigrants of all kinds, including those who came to this country illegally-they’re just the best as it turns out. Keep in mind, the hoary fallacy that illegal aliens are a net contributor to the economy has been debunked by even the most staunch defender of open borders, National Public Radio. Furthermore, the notion that H1-B visa recipients are foreign-born geniuses with specific skills that American applicants do not possess, rather than adept crooks seeking to exploit a fraud-ridden program, or modern-day indentured servants supplanting upper middle-class American workers, is simply not born out by any empirical evidence.

But perhaps the most laughable portion of this newly-minted columnist’s op-ed is his citation of Detroit as a city that is pursuing the right policy, re: illegal aliens and unskilled immigrants. The municipality that Rush Limbaugh sarcastically refers to as “New Fallujah,” and which even more liberal analysts have lamented the slow, inexorably decline of, is now held out to us as a shining example of the new urbanism simply because it has declared no mas in the immigration wars. Pardon me if I don’t rush to embrace the economic model pursued by Motown, but if these photographs are any indication, its stance on illegal aliens has not done much to revive the economic engine, or the image,  of the Motor City.

Debunking the discredited cliches in Mr. Williams’s column are simple enough, but I think another question needs to be answered. Namely, why would the Washington Post choose another pro-amnesty open borders enthusiast for its stable of op-ed columnists? It’s not as if there is a dearth of columnists working there who share his opinion on these issues, not to mention the full-throated support for mass immigration espoused on a routine basis by the paper’s own editorial board. Even if only to be contrarian, or to generate a harsh, but intense, reaction among its readership, you would think the Post would hire someone who dissented, ever so slightly, from its own immigration orthodoxy.

I think the decision of the Washington Post to hire this new columnist proves two things:

1. That, with all due respect to Mr. Williams, his hire is nothing more than an official ratification of a pre-existing policy to shut out any and all divergent voices with regard to the subject of immigration and immigration enforcement.

2. That while the editors of the Washington Post are more than willing to hire pundits who critique their own center-left/liberal perspective, they draw the line at allowing anti-immigration, or even pro-immigration enforcement, analysts to monopolize even a tiny portion of their newspaper, whether online or in print.

It’s unfortunate that this is the case, because “America’s Next Great Pundit,” despite its inherently gimmicky nature, could have been used as an exercise in discovering truly unique perspectives from across the political spectrum, instead of yet another means of flattering the sensibilities of the insular, Washington Post newsroom.

This entry was posted on February 1, 2011 at 4:39 AM and is filed under Analysis, News, News and Analysis. You can follow any responses to this entry through the RSS 2.0 feed.