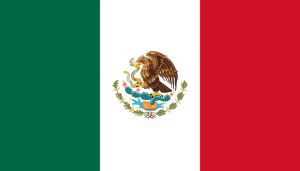 One of the methods the open borders lobby utilizes in its never-ending campaign to demonize any attempt at immigration enforcement by the United States is selective omission. A perfect illustration of this strategy is a story published by Global Post  several days ago.

The ostensible hook is the number of Americans allegedly living in Mexico without documentation-the type of man bites dog story that is always alluring to incredibly lazy journalists. But the real intent of this piece is demonstrating how humane and decent Mexican immigration authorities are, contrary to everything you’ve heard or read about through ill-informed American media outlets.

The only problem with this narrative is that it’s completely misleading, if not outright false. The only reason some Mexican immigration laws might appear lenient at all is because the international outcry over their draconian nature forced Mexico to alter its reprehensible and deeply hypocritical policies towards undocumented foreign nationals. As this fantastic article in USA Today points out, people living in Mexico illegally were eligible for a ten year prison sentence only two years ago! So yes, now these same individuals are only subjected to a fine, but that is a result of concerted international pressure exerted upon Mexico to change its inhumane policy.

As the same article details, Mexican authorities are still required to demand identification when approached by a foreigner, a provision much harsher than anything envisioned by the people who drafted Arizona’s much-maligned SB 1070. Mexican authorities still routinely harass and inflict harm upon migrants from countries in Central America, as well as legal visitors and residents-from any country-who have virtually none of the civil rights accorded to foreigners living in the United States, as a quick perusal of the Mexican constitution demonstrates.

In short, the myth that Mexico treats foreigners-whether in that country legally or without authorization-in anything approaching a fair and just manner is just that, a myth. One that the media in this country might like to project, but which ultimately bears no relation to the reality most immigrants/aliens living in Mexico experience on a daily basis.

This entry was posted on September 29, 2010 at 10:23 AM and is filed under Analysis, News. You can follow any responses to this entry through the RSS 2.0 feed.