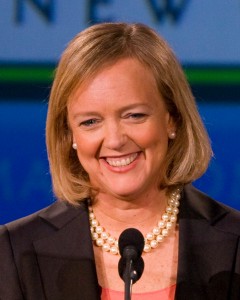 Mark Krikorian, the indefatigable head of the Center for Immigration Studies, has a fantastic explanation of the controversy involving California gubernatorial candidate Meg Whitman’s former maid in yesterday’s edition of NRO’s The Corner. He makes a number of very good points, foremost among them the assertion that if Whitman had pursued any legitimate suspicions she may have had about her employee’s immigration status she would have been subjected to harassment by various federal agencies dedicated to “equal employment opportunities.” An assertion supported by numerous immigration attorneys.

This isn’t to suggest that there aren’t many substantive reasons to critique the Whitman campaign, especially its wildly inconsistent stances on immigration  and politically opportunistic pandering to Hispanic voters. However, the notion that Mrs. Whitman is some sort of flagrant scofflaw who should be immediately placed in leg irons  borders on the absurd. This does beg the question, “what about Nicky Diaz?” For a group that the open borders acolytes are continually asking to “come out of the shadows” these illegal aliens seem to have little to no reservation about holding widely-viewed, televised press conferences.

Doesn’t that strike anyone as a bit odd? Perhaps it’s just me.

This entry was posted on October 1, 2010 at 3:13 AM and is filed under News, News and Analysis. You can follow any responses to this entry through the RSS 2.0 feed.