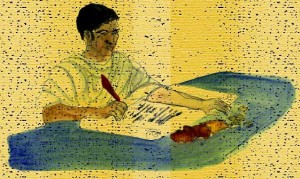 On the day when you’re forced to fork over a portion of your income to our less than gentle overseers, it’s instructive to examine some of the things that your taxes are put towards. And since the focus of this site is our misguided immigration system, I thought it appropriate that we explore this particular aspect of our government’s tax sinkhole.

If we travel back to 1995, we find that households headed by illegal immigrants collected over a billion dollars in AFDC and food stamp benefits, a figure that has only increased since the eligibility requirements were loosened in the wake of the Great Recession. Like the President’s Aunt Zeituni, thousands of illegal aliens live in subsidized housing; as many as three percent of public housing residents according to some estimates. More opportunistic illegal immigrants were recipients of taxpayer-backed home loans during the housing bubble, to say nothing of those that misrepresent their identities in order to collect benefits-such as SSI-illegally.

However, all of these instances of exploitation amount to a mere accounting rounding era when we consider the true costs of unfettered immigration and laxly enforced immigration laws. Namely, the exorbitant costs illegal immigrants and their families-due to jus soli-accrue when taking advantage of our generous health care and K-12 education systems. The brunt of these costs are borne primarily by the states, which have to deal with what amounts to a series of unfunded mandates by the federal government that refuses to enforce immigration laws, preferring instead to sue states that are trying to do something to ameliorate the situation, e.g. Arizona and Alabama.

These costs do not even take into account the price we will all pay if amnesty is enacted. According to Robert Rector of the Heritage Foundation, legalizing the 14-20 million illegal aliens currently living in this country will cost upwards of two and a half trillion dollars. In other words, the cost of comprehensive immigration reform-should it be enacted-will be over twice the size of last year’s budget deficit. Keep in mind, these are conservative, but realistic, estimates of what the next great amnesty will cost taxpayers.

So if you think you’re paying an excessive amount of your income to the publican today, just imagine what it will cost you when we are forced to support a group of foreign dependents the size of Illinois.

This entry was posted on April 17, 2012 at 4:40 PM and is filed under Analysis, News. You can follow any responses to this entry through the RSS 2.0 feed.