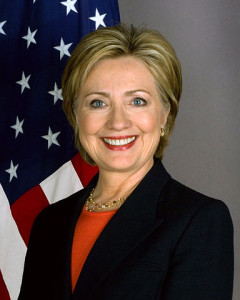 The Benghazi Report has finally been published, you can read it in its entirety here, which means we’ve been treated to some predictable political reactions, including this illuminating headline from the New York Times. Leaving aside the predictable spin from Hillary boosters in the fourth estate, one of my main problems with the national debate over Benghazi is its tunnel vision, especially as it relates to the former First Lady’s shortcomings as a political leader and decision-maker.

The intentionally deceptive narrative crafted by this administration in the aftermath of the Benghazi assault is simply one of many outrages to stem from this unprecedented attack upon one of our country’s diplomatic outposts. Leaving aside the despicable treatment of the survivors by then Secretary of State Clinton, the private and public treatment of this disaster by the Obama administration demonstrates their policy preferences clearly. Namely, to exculpate Islam from blame for any and all atrocities it’s responsible for, even if the link between the two is undeniable to any rational observer.

Beyond the Orwellian whitewashing of the world’s most violent ideology, the baleful consequences of the invasion which preceded the 2012 sack of America’s Libyan compound continue to be downplayed by its unintended authors. Both by this administration and its supporters, as well as neoconservative intellectuals and politicians who would have us believe that a foreign policy disaster was a brilliant geopolitical move. The fact that a global Sunni jihadist network was given yet another base of operations from which to operate, however attenuated, seems to have made no impression upon the people who charted this catastrophic path. The fact that the invasion of Libya led directly to ISIS atrocities within the heart of Europe, as well as permanently altering the very nature of European civilization, seems to have had no discernible impact on the very people who are responsible for these horrific outcomes.

To the contrary, Hillary Clinton has made the importation of tens of thousands of Muslim refugees from the Middle East-the same sort of refugees responsible for the rape pandemic enveloping Europe-a cornerstone of her campaign. Even as she seeks to displace blame for the fiascos in Syria and Libya onto her former boss, she continues to fully embrace the idiotic policies which have wrought havoc across the Middle East and threaten to devour the continent of Europe-to say nothing of the threat posed to American citizens. The grand policy of invade the world, invite the world will be continued under another Clinton administration, which threatens to make the horrific events currently unfolding around us pale by comparison.

The victims of the Benghazi stretch beyond Chris Stevens, Sean Smith, Tyrone S. Woods and Glen Doherty-and even their bereaved families-all the way across the globe. Anointing Hillary Clinton as the next Commander-in-Chief will not only be an insult to the memories of those victims, it will be an invitation for more chaos, bloodshed, and disasters which we cannot even envision at this point in time. Pandora’s box cannot be closed, but that doesn’t mean we should go searching for new demons and inviting them into our homes.

This entry was posted on July 2, 2016 at 5:00 PM and is filed under Analysis, News, News and Analysis. You can follow any responses to this entry through the RSS 2.0 feed.