No Platforming Half The Country 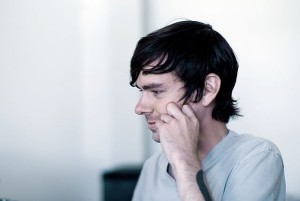 Contrary to the misconceptions perpetuated by the news media, the latest Twitter purge is not confined to accounts belonging to the alt right. Nor is it targeted exclusively at those accounts which violate Twitter’s terms of service. As  acclaimed actor James Woods explained in his farewell to the social networking behemoth, this is actually a debate about freedom of expression and the narrowing limits of allowable opinion under our not-so-liberal hegemons. As we’ve been pointing out for months, Jack Dorsey and his underlings view their website as an outlet for repeating the metanarrative of the left and suppressing any dissenting views. Whether it’s critiques of feminist dogma, attacks upon progressive mascots, or questions about the ongoing threats to Western civilization, his team will do everything in its power to squelch heterodox thought.

Now that Twitter’s champion has been consigned to the dustbin of political history, the retaliation will be swift and severe. Not content to choke off the advertising of Clinton opponents, the website will avail itself of every opportunity to silence the voices of anyone whose beliefs contradict those of Dorsey & Co., even if they scrupulously adhere to Twitter’s official guidelines. The idea that this latest purge will be the last, or that it’s only aimed at white nationalist and white supremacist trolls-an argument posited by a conservative I engaged on Twitter in the aftermath of these bans-is simply not born out by the facts. Indeed, one of the most recent suspensions-since lifted-was meted out to Hboulware, a ferociously anti-alt right Never Trumper. Her crime? Criticizing a leftist…on Twitter.

These purges will progress over time. I suspect the next major targets will be sites like InfoWars and Breitbart-the groundwork having been laid by a fake media campaign-followed shortly thereafter by bans on people like James O’Keefe and the pro-life activist Lila Rose, who’ve humiliated both the institutional left and their enablers in the press corps. You can expect Twitter to then gun for counter-jihad accounts belonging to free speech and anti-sharia activists like Pamela Geller, Bosch Fawstin, and Robert Spencer. It wouldn’t shock me at all if there were calls to ban the President-elect from Twitter. I’m sure his name is already on the SPLC’s new list for future memory holing of unsafe content.

The ultimate goal of these targeted bans/suspensions is to turn Twitter into a fiscally insolvent social justice hug box. One where no opinions to the left of Norman Ornstein ever sully the pristine minds of emotionally and intellectually stunted Tumblristas. The autistic invocation of the 1st Amendment by leftists whenever one of these purges is conducted is particularly galling when you consider their innate hostility to freedom of association and private property. The same people who believe that you don’t have dominion over your apartment, your business, or your private club-and assert that these are public accommodations in court-are now lecturing us on the parameters of free speech in the United States.

Whether or not Twitter is eventually superseded by a digital platform dedicated to free and open expression remains to be seen. However, we should take away an important lesson from this latest installment of the social media wars. Namely, that there is nothing liberal about the regressive left.

This entry was posted on November 19, 2016 at 12:31 PM and is filed under Analysis, News, News and Analysis. You can follow any responses to this entry through the RSS 2.0 feed.