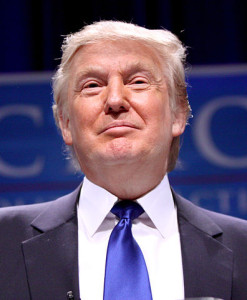 Despite the stream of propaganda spewed by the legacy media, the biggest fear the public had of a Trump administration had nothing to do with Vladimir Putin’s Russia or a white nationalist uprising. In fact, the main worry of Trump supporters was that his presidency would simply be business as usual. In other words, a White House dominated by globalist rope-sellers  and corporatist retreads who do not care about American identity. The idea of perpetual debt, unceasing third world immigration, and a continuation of pointless military interventions in Middle Eastern backwaters is something we all feared would come to pass.

Unfortunately, the most recent decisions and statements to come from the Trump transition have not done much to dispel these fears. The fact that Kris Kobach will not be nominated to oversee the Department of Homeland Security is disquieting, to say the least. The fact that he was paraded in front of the White House press corps, seemingly as nothing more than a sop to patriotic immigration reformers, reinforces the belief that President-elect Trump is not genuinely committed to this cause. Even though General Kelly is not the worst possible choice, he also isn’t a shaper of groundbreaking immigration enforcement policies, nor a brilliant immigration law scholar. What’s more, it’s doubtful that he will have the same commitment to prosecuting a national campaign against illegal immigration that Mr. Kobach would have. Coupled with the impending nomination of a Labor Secretary who is an open borders zealot, it makes one wonder what the point of this election was.

Another troubling indication of things to come is Donald Trump’s waffling on President Obama’s unconstitutional administrative amnesties. A central plank of his political platform was the elimination of DACA and DAPA, yet he seemingly left open the option of giving relief to millions of illegal aliens who fall under these 2 executive actions during an interview with Time Magazine. His use of the obnoxious euphemism DREAMer to describe these individuals, many of whom are fully grown adults with tenuous-if any-connections to the United States is particularly galling. Will a President Trump sign Leapin’ Lindsey’s amnesty bill if it passes Congress and reaches his desk? Only time will tell, but these are not good signs for those of us who believed Donald Trump would indeed drain the swamp.

This entry was posted on December 8, 2016 at 4:37 PM and is filed under Analysis, News, News and Analysis. You can follow any responses to this entry through the RSS 2.0 feed.