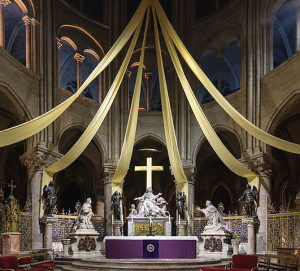 It would appear that  a car packed with explosives was just found outside of Notre Dame cathedral. Hasn’t someone told the owner of this vehicle that attempting to perpetrate a mass atrocity is not in keeping with the tenets of true Islam? Where do people get these crazy notions that trying to murder hundreds of innocent people with explosives is somehow sanctioned by the Koran, or that Islam is not a religion of peace?

You don’t get to be the fastest growing religion through violent coercion and terror plots, after all. Someone needs to send this poor, deluded individual a copy of Reza Aslan’s latest work before the rest of us begin to get the wrong impression of our new Muslim neighbors.

This entry was posted on September 7, 2016 at 10:36 AM and is filed under News and Analysis. You can follow any responses to this entry through the RSS 2.0 feed.