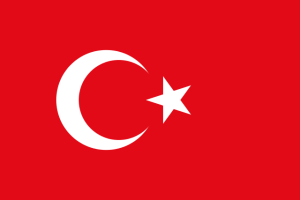 Update: I’m not saying it’s an inside job, but…

The assassin was a member of the riot police, according to Turkey’s interior minister.

The assailant-now deceased-appears to have been a Turkish policeman. Heckuva job, Erdogan!

Footage of what appears to be the assassination.

As if we needed another reason to halt our country’s disastrous involvement in Syria, the Russian ambassador to Turkey was just shot and killed in that nation’s capital. Syria, like Lebanon from 1975-1990, is an irresolvable tinderbox with too many warring factions to enumerate, all of whom-even the Kurds-are committing atrocities. Instead of sending more troops to this charnel house, we should be withdrawing every soldier on the ground and cutting off all military supplies to the jihadist rebels. Instead of following this sensible policy, the lunatics serving in Congress have decided that it would be a swell idea to arm these same Sunni terrorists with weaponry capable of downing civilian aircraft.

Just like in Star Wars, there are no good guys in this conflict. Whether it’s the Russian air force indiscriminately bombing Syrian cities and towns, Iranian proxy Hezbollah attempting to ethnically cleanse Sunni villages, American-backed moderate rebels beheading children, or Syrian Christians facing complete extinction at the hands of emboldened Sunnis, there are no parties to this conflict with clean hands. This country has no strategic interests in Syria, other than thwarting the spread of ISIS-which humanitarian, liberal interventionists have facilitated-and preventing jihadist sleeper cells from establishing roots in American soil through refugee resettlement.

This entry was posted on December 19, 2016 at 1:58 PM and is filed under News and Analysis. You can follow any responses to this entry through the RSS 2.0 feed.

One Response to Russian Ambassador Gunned Down