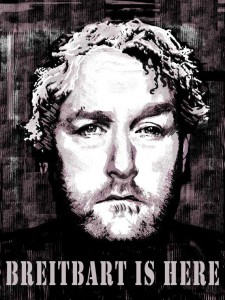 The last We Are Breitbart gathering I went to was also the first-at least, on the Eastern seaboard-and wasn’t an event that I relished attending. It was held to mourn and honor a man whom we all admired and loved, who had died less than a week before at the apex of a career spent shifting the media narrative in this country. It was a wake-organized by my friend David Bernstein-which also served as a catalyst to continue the work that Andrew wouldn’t be able to complete.

The beautiful tribute by my friend Karol Markowicz, as well as the stirring jeremiad by free speech heroine Pamela Geller, embodied the persona of Breitbart the public figure. A remarkable individual who was filled with righteous indignation-not to mention, a motor which would be the envy of any professional athlete-but who also had a fundamentally kind, empathic nature. What I recall most vividly is the manifestation of that warmth, which defined Andrew as a human being and which was in abundance that evening. Being surrounded by close friends and allies, dozens upon dozens of whom trickled in gradually-eventually filling the small Hell’s Kitchen bar three deep, causing a line to form outside in the most bitter cold-was an indescribable experience.

It  truly brought home to me the meaning of the phrase happy warrior, which was a point emphasized by Breitbart.com’s Sonnie Johnson during her talk to those assembled for this week’s conclave. The idea that, yes, there are enormous problems with the world, and in many ways it is getting worse; you need look no further than the continent of South America and the wreckage left  by Dilma Rousseff and Nicolas Maduro, among other economically-illiterate Marxist incompetents, explored at length by Frances Martel the Q&A session, to understand the gravity of the situation. But that doesn’t mean we should give in to cynicism, or submit to despair and accept the inevitability of a joyless, culturally Marxist, economically barren, thought-policed future.

One of the greatest aspects of Andrew-the part most resonant for me-was his joie de vivre. While the press conference where he gloried in the humiliation of human punch-line Anthony Weiner-and pointed out the signal failure of our official gatekeepers, including the soon to be bankrupt Gawker-is now legendary, what people forget is the élan with which he demolished his cretinous henchmen in the press corps. Nearly 6 years later, it is a case study in how to defeat our enemy-the left at its most concentrated and unyielding-with absolute panache. It’s almost Conanesque in its completeness, something that Breitbart’s heirs can only hope to emulate, which will be difficult because Andrew was sui generis. As the inimitable Gavin McInnes explained to me-before shit-talking my Marty McFly inspired vest-this was a man who came from a world alien to the conservative punditry class. Instead of going to ISI-sponsored seminars and absorbing the words of Kirk, Nozick and Buckley, he was crushing it at Tulane, America’s premiere party university. It was-as even he admitted-a dilettantish existence, but it gave him insight into the way that normal, blissfully ignorant, people live and behave, and why they so easily accept the wholly idiotic canards peddled by the institutional left. These formative experiences allowed him to lead a new, vibrant right akin to Delta Tau Chi, a loose collection of outsiders fighting for liberty against the soulless, authoritarian bureaucrats of Omega Theta Pi, who simply want to maintain the status quo and eliminate anyone who values individuality for its own sake.

Walking around Emmett O’Lunney’s and talking with people from every walk of life-from typical white collar professionals in  the financial services industry and the law, to performance artists, writers, and actors-reminded me of what Andrew Breitbart had accomplished during his cruelly short life. He had managed to unite, in a disunited whole, a nation of rugged individualists who wanted to fight the leviathan which has become the self-appointed guardian of our culture and politics in perpetuity. To see a seemingly disparate, polyglot crowd, comprised of everyone from the Cruz Crew-or those onboard the Trump Train-to disenchanted traditionalists and paleocons, to anarcho-capitalists and libertarians who eschewed the political process altogether, was inspiring. It impressed upon my mind just how spectacular Andrew was at building networks of committed, freedom-loving individuals.

As Gavin McInnes saliently pointed out, We are Breitbart isn’t merely an empty slogan. The legacy of Andrew is an entire movement. Even if Hillary Clinton manages to seize the White House by the talons this election cycle, she will exit 4-or, God forbid, 8-years later with no tangible bequest. There’ll be a presidential library, a physical monument testifying to her existence, a la Ozymandias, but no one will follow in her footsteps or preserve her memory, whereas Andrew Breitbart’s spirit continues to pulsate in the hearts of millions of his admirers. It’s an enviable legacy.

This entry was posted on April 15, 2016 at 12:07 PM and is filed under Analysis, News, News and Analysis. You can follow any responses to this entry through the RSS 2.0 feed.