The Battle for the Soul of the GOP 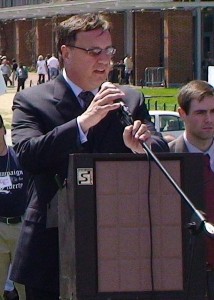 Yesterday saw a lively debate between the two main candidates for the Republican Party nomination in New Jersey’s Third Congressional District. New Jersey Public Television broadcast the event live, but you can watch it for yourself on NJPT’s website, which I urge you to do. Steve Lonegan is one of the few figures in the contemporary Republican Party willing to incur the wrath of the kultursmog by openly and vociferously opposing open borders policies, which is merely one reason-among many-he deserves the support of patriotic conservatives.