Your Government At Work 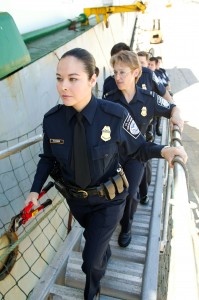 And open borders enthusiasts wonder why the American public is reluctant to embrace this administration’s comprehensive amnesty. Endemic corruption-which predates the arrival of Barack Obama in the White House-utter contempt for Constitutional and legal limitations, and a staggering inability among enforcement agencies to perform the basic functions under its purview are merely the most obvious reasons why the Gang of Eight monstrosity-or any bill remotely similar in structure-should be resoundingly rejected by this Congress.

In order to understand why we are treading such a perilous path all you need do is turn the front page of your local newspaper, turn on your television, peruse the Web, and open your eyes.

Illegal immigration, and our government’s enablement of criminal aliens on our soil, is serious business.

This entry was posted on September 7, 2013 at 12:59 AM and is filed under News. You can follow any responses to this entry through the RSS 2.0 feed.