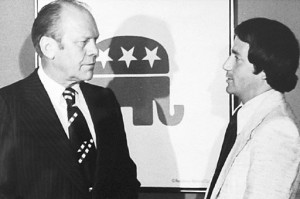 As sundry pundits, political consultants, and elected officials search for answers in the wake of the GOP’s decisive election loss, it’s worth noting that while the Republican Party yielded ground in the Senate, House of Representatives, and various state legislatures-to say nothing of its presidential nominee’s defeat-there were several important races where immigration patriots won, or open borders shills were soundly beaten. Overall, it was a much better night for those believe in responsible immigration policies than the reelection of El Presidente might initially suggest.

Contrary to the self-serving narrative constructed by professional Hispanics and those eager for an endless supply of government-bankrolled cheap labor, the Republican Party’s losses this November did not stem from its allegedly rigid opposition to illegal immigration, as the resounding defeat of  an anti-SB 1070 exemplar in the state of Arizona demonstrates. This is not so startling when you consider that 62% still believe that stopping illegal immigration is extremely important, according to a post-election Gallup survey.

Although Hispanic voters overwhelmingly favored the reelection of President Barack Obama, and increased his margin of victory in several densely populated blue states,  they did not play a decisive role in any of the major swing states. Of course, as the rest of the country inexorably turns into California, that could very well change in future presidential elections. However, the one way to ensure that those races are not competitive is by enacting those schemes which so many in the Republican Party believe-or purport to believe- will ingratiate them to Hispanic voters.

In order to understand why this is a fatal delusion, I recommend you read a lengthy and data rich, but nonetheless illuminating, post by Tino Sanandaji on his Super-Economy blog which delineates in painstaking detail why Hispanics are natural Democrats. His analysis, unlike the siren song of open borders Republicans such as Linda Chavez and rootless, neoconservative ideologues like Jennifer Rubin is grounded in empirical evidence, not self-deluding fantasies.

We’ve trod this ground many times before at American Rattlesnake, but it’s worth revisiting because the same insipid arguments for embracing amnesty-which are as ethically obtuse as they are intellectually bankrupt-will be marshaled once Congress reconvenes in 2013, if not sooner. You need to be armed with factual, incontrovertible evidence that demonstrates why embracing the path of amnesty is a strategy of failure, for the nation, for future generations saddled with non-working age immigrants partaking of our vast welfare state, and for a party which seems intent upon legislating itself out of existence.

This entry was posted on December 2, 2012 at 2:41 AM and is filed under Analysis, News. You can follow any responses to this entry through the RSS 2.0 feed.