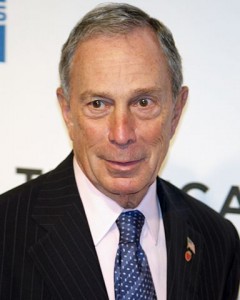 Understand that America is God’s Crucible, the great Melting-Pot where all the races of Europe are melting and re-forming! Here you stand, good folk, think I, when I see them at Ellis Island, here you stand in your fifty groups, your fifty languages, and histories, and your fifty blood hatreds and rivalries.

But you won’t be long like that, brothers, for these are the fires of God you’ve come to – these are fires of God. A fig for your feuds and vendettas! Germans and Frenchmen, Irishmen and Englishmen, Jews and Russians—into the Crucible with you all! God is making the American.

The aftermath of Hurricane Sandy continues to inflict damage upon the Northeast, particularly the Tri-State Area. The communities of Breezy Point, and the Rockaways, as well as the coastal communities of the Jersey Shore bore the brunt of Sandy’s wrath-as we’ve detailed throughout this past week.. However, the devastation from this natural disaster, including the tragic deaths of nearly two dozen Staten Islanders and destruction of large parts of the barrier islands, has impacted the entire states of New York and New Jersey. Needless to say, our thoughts and prayers continue to be with those who suffered, and continue to suffer, as a result of this unprecedented natural disaster.

One of the sights and sounds we’ve become inured to over the past week is the routine press conferences held by local public officials. Particularly, the current mayor of New York City, Michael Bloomberg, who has used the platform of his office to do everything from dispense information about power outages, to order NBA Commissioner David Stern to call off the inaugural game of the Barclays Center, home to the Brooklyn Nets.

Mayor Bloomberg has also dispensed Spanish-language synopses of each address before the customary Q&A session with members of New York City’s press corps. While there has been much mockery of his stilted attempts at bilingualism, including a trenchant parody of the Mayor written by someone who goes by the online pseudonym El Bloombito, I think there is a much more substantive issue at stake than the Michael Bloomberg’s fluency en Espanol. Namely, the sort of ethno-linguistic fracturing and polarization that today’s modern species of politician excels at.

Undoubtedly, some see Mayor Bloomberg’s nasally stabs at communicating with monolingual, Hispanic New Yorkers as a commendable form of outreach to this city’s burgeoning Latino community. As an overture of friendship to disenfranchised citizens, legal permanent residents, or illegal aliens-of whom he’s so fond-who cannot comprehend this nation’s lingua franca. However, the truth is much more unsavory, and reflects the real priorities of Michael Bloomberg’s mayoralty.

This is a man whose primary political ambitions have not been eliminating public graft, political corruption, or blatant cronyism, nor improving the efficacy of public services, nor addressing our city’s dismal public education system, and certainly not relieving the burden upon middle class taxpayers. Rather, his focus has been on suppressing Americans’ right to keep and bear arms-while some of his own police officers smuggle stolen weapons-as well as crusading for the complete abolition of any immigration controls which still exist, in spite of the crimes, often heinous-sometimes lethal-illegal aliens inflict upon ordinary New Yorkers, and other Americans, each and every day.

Minimizing our common language  is simply of a piece with Mayor Bloomberg’s campaign to negate the essential characteristics we once shared as Americans. Communicating in Spanish is a transparently political ploy, not a sincere attempt to transmit vital information. There are already many Spanish-language television networks and radio stations which broadcast each address the mayor delivers, in its entirety, in Spanish.

Furthermore, this city has had a large Spanish-speaking population for the better part of a century-from the Dominican immigrants who came here at the turn of the last century  to the Puerto Rican transplants who came here after  Operation Bootstrap-yet despite this linguistic diversity, and the well known tendency of New York politicians to pander to various ethnic constituencies, no previous occupant of Gracie Mansion felt compelled to provide real-time translations of his press conferences in any other language.

What’s even more intriguing is that he doesn’t provide a precis of his speeches in languages other than Spanish, despite the fact that-as multiculturalists who oppose assimilation never tire of telling us-this city is a beautiful mosaic-some would liken it to the Tower of Babel-of foreign languages. There is no summary delivered in Korean, or Tagalog, Hebrew or Russian, although the way things are going, that might soon change. No press conference is interrupted in order to deliver remarks in Creole or Russian, despite the fact that many New Yorkers communicate in those tongues.

This lays bare the hypocrisy at the heart of the multicultural mindset and open borders dogma, which does not seek diversity so much as conformity. The tortured Spanish transliterations of Mike Bloomberg, like the Spanish stump speeches of Mit Romney’s son Craig, are calculated to appeal to a target demographic which the mainstream media, ethnic grievance industry, as well as its benefactors in office, have extolled as the only important slice of the American nation, whether it be in entertainment, employment, or political spoils.

Even though our dissatisfaction with Mayor Bloomberg’s mangled Spanish might seem like a petty quibble at a time like this, the persistent failure of bilingual education, which has squandered millions of dollars in New York City since its inception, demonstrates that there are consequences to this misguided policy, the worst born of them born by its intended beneficiaries.

Something to consider the next time El Bloombito decides to address the city’s press corps.

This entry was posted on November 5, 2012 at 1:46 PM and is filed under Analysis, News. You can follow any responses to this entry through the RSS 2.0 feed.

One Response to Posturing