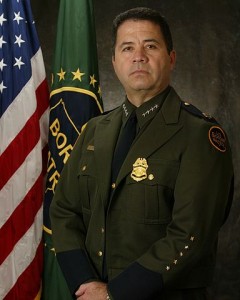 Our good friend Andy Ramirez, founder and president of the Law Enforcement Officers Advocates Council, is back with a new edition of the Liberty News Network which exposes the duplicity, ineptitude, and malfeasance of David Aguilar, President Obama’s handpicked choice to head U.S. Customs and Border Protection. It should come as no surprise that the man given a vote of no-confidence by the National Border Patrol Council-which represents over 11,000 Border Patrol field agents-continues to support policies that are an affront to American citizens and in keeping with Barack Obama’s broader administrative amnesty. Watch the entire video in order to see just what a thoroughly unqualified political crony looks like.

Much like his colleagues John Morton and Eric Holder, David Aguilar needs to go.