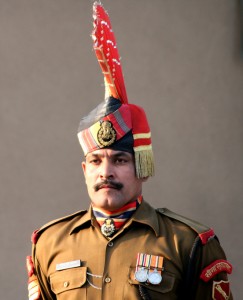 One of the most persistent myths propagated by open borders enthusiasts is the notion that America’s approach to border security, despite not existing in many places along our southern border, is both unique and quintessentially inhumane. The predominant narrative usually takes the form of American Border Patrol agents callously impeding the free flow of brown-skinned, impoverished workers migrating to this country from Mexico and Central America. In their minds, this is merely an arbitrary and capricious decision made by heartless bureaucrats administering a border that shouldn’t exist in the first place. Left unmentioned is the extensive help rendered to Mexicans who find themselves abandoned to die  by venal coyotes, as well as the medical care administered to these individuals, elements that are chronicled extensively in Darrell Ankarlo’s great book Illegals, which I intend to review later this month.

Also absent from this discussion is any attempt to compare and contrast how we deal with border security and the approaches of other nations with borders of comparable length and complexity. That’s why a recent report by Human Rights Watch is a welcome relief to those of us who wish to debunk the pernicious mythology that’s been erected around illegal immigration to the United States. India’s Border Security Force is a far cry from the U.S. Border Patrol, but not because of its innate humanity. To the contrary, it has been credibly accused of “killings, torture and other abuses”of Bangladeshis apprehended in the border region that lies between their nation and India.

We border a country that’s been consumed by narco-fueled violence, which is responsible for sending hundreds of thousands of people here without authorization, and which exhibits little to no cooperation in helping to curtail the problems that stem from our unsecured border. In fact, more often than not Mexican government officials facilitate the process by which our laws are broken. Yet almost all Mexican nationals detained by American law enforcement are treated with decency, respect, and professionalism, as is evident to anyone who’s watched a single episode of Nat. Geo’s compelling documentary series Border Wars.

And the violence perpetrated against foreigners who trespass on Indian territory is not an isolated manifestation of extreme xenophobia. In fact, the benign way illegal aliens are treated by law enforcement in the United States is the exception rather than the rule throughout the globe. Whether it’s Zimbabweans and other Southern African refugees being hunted down in South Africa or the brutality that Central American migrants endure at the hands of corrupt Mexican authorities, the norm throughout much of the world is one of inhumanity and degradation, in sharp contrast to the experiences of Mexicans who come here illegally.

By no means am I suggesting that we emulate the worst practices of these nations; I’m simply trying to expose the absurdity of assertions made by open borders fanatics that modest, woefully inadequate in most cases, immigration enforcement is something ordinary Americans should be ashamed of. No American should feel ashamed of his or her citizenship, notwithstanding the campaign by those who want to negate it entirely.

This entry was posted on August 5, 2011 at 5:05 AM and is filed under Analysis, News. You can follow any responses to this entry through the RSS 2.0 feed.