Latinos Liberal, Not Stupid, On Immigration 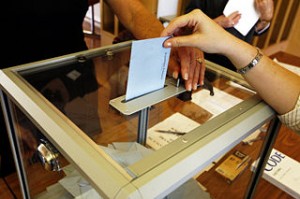 Fox News has just released a poll of American Latino voters, and the results are worthy of careful consideration.

Latinos’ first concern, like the rest of us, is the state of the economy.  They care about immigration, but more from a personal point of view:

“The question for most Latinos is not whether they want more immigration or less immigration,” said Allert Brown-Gort, associate director of the Institute for Latino Studies at the University of Notre Dame. “It has to do not so much with the (candidate’s) stance on immigration, but the attitude that Latinos perceive that Republicans have of Latinos when they talk about immigration.”

And while Latinos currently support some amnesty programs like the DREAM Act, they are also against open borders:

In the poll, many Latinos showed support for enforcement of immigration laws – 56 percent say that having “open borders” would be detrimental to the United States, hurting the economy. Slightly more than 30 percent differ, believing open borders would help the economy.

As American Rattlesnake has documented, getting tough on violators of immigration laws is a winning political strategy, even in states with a large Latino population.

The Fox News poll is a valuable snapshot of the current mood of the 12 million Latino voters in this country, and worthy of direct perusal by American Rattlesnake readers.

This entry was posted on March 6, 2012 at 10:03 AM and is filed under Analysis, News and Analysis. You can follow any responses to this entry through the RSS 2.0 feed.