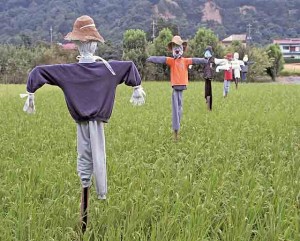 Yesterday saw another setback to supporters of immigration enforcement, this time in the state of Georgia. A federal judge  has enjoined several key parts of a law we’ve discussed on American Rattlesnake previously. Modeled to a certain extent on Arizona’s landmark immigration law, SB 1070, the Georgia law would have allowed law enforcement officials to determine the immigration status of suspects they detained during the course of criminal inquiries. It would have also penalized those, such as contractors who employ illegal day laborers, who knowingly employ or shelter illegal aliens.

Interestingly enough, the employer verification provision of the law was left intact by Judge Thomas Thrash. As I’ve pointed out numerous times, the implementation of an effective, nationwide E-Verify system is probably the most efficacious means of deterring future illegal immigration since it cuts off the supply of jobs that illegal aliens rely upon in order to remain in the United States. That’s why the Chamber of Commerce and its allies have been so persistent in lobbying on behalf of a law that would short-circuit any attempt to implement E-Verify in a serious, consistent manner.

One of the most insightful comments about this decision, which exposes the hypocrisy of the open  borders advocates that oppose local immigration enforcement, can be found in response to the Associated Press article describing the ruling:

I really don’t have any problem with a strict interpretation of the powers of the federal govt.; but if the states have no role in federal areas of responsibility then WHY is it that the fed is regulating housing, healthcare, energy and education when those clearly are STATE matters??? If the courts just want to abolish the states just do it and stop letting us pretend that this is a really a union of States and not a nationally governed America.

This, in essence, is the crux of the issue. The people and organizations opposing laws like SB 1070 and its equivalent in Georgia are not standing up for any Constitutional principle, which does not even exist, but are simply trying to obstruct and thwart any attempt to stem the tidal wave of illegal immigration that has consumed this country. Federalism does not come into play in any other discussion, yet when anyone even suggests the prospect of enforcing laws penalizing criminal aliens, the guardians of the mythical Constitution come out of the woodwork to defend the interests of their favorite cudgel against the American people.

If immigration is exclusively a federal prerogative, then when is the federal government going to reimburse states like Georgia for the costs incurred as a result of hosting thousands of illegal aliens? I’m afraid we’ll be waiting a long time for an answer to that question.