When Heroes Go Down 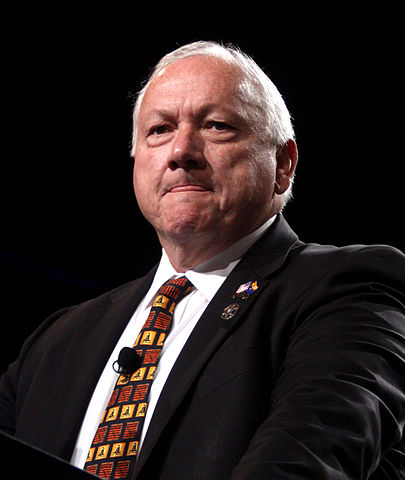 I’ll discuss this at length in the days ahead, but I’d be remiss in not reporting the news that Senator Pearce seems to have been recalled by voters in Arizona’s Legislative District 18. The people who want to turn Arizona into a haven for illegal aliens would appear to have achieved a significant political victory, although it should be noted that they needed to resort to gross deception in order to win. Even so, it can’t be denied that this is a huge feather in the cap of a well-funded, media-supported open borders political machine and that the strategy used to unseat Majority Leader Pearce will be replicated throughout the country whenever a public official has the temerity to stand up for the civil rights of his constituents.

I’m loathe to make a snap analysis of tonight’s results, and will temper my remarks by reminding everyone that this fight will be a long, protracted struggle, but the fact that Lewis won by such a large margin will undoubtedly buttress the heretofore weak argument cautioning politicians against taking a tough stand on immigration issues, lest you be punished by “moderate” voters. Until now the chief-some would say only-example of this argument being validated at the polls was the decade-long erosion of support for the California GOP after the retirement of Governor Pete Wilson, a staunch supporter of anti-illegal ballot measure Proposition 187. This reversal of fortunes for the Republican Party was, predictably, described as the Wilson backlash. Why this animus towards Mr. Wilson never manifested itself during his three decade-long service in statewide and national office was never adequately explained, or even addressed, by immigration enthusiasts.

However, the fact that opponents of American law now have a prominent scalp to wave will undoubtedly further invigorate their efforts to bolster the narrative that opposing the will of illegal aliens and their numerous supporters will have dire consequences at the ballot box. Expect LULAC, NCLR, the AFL-CIO, and other entrenched left wing interest groups to redouble their efforts at enacting amnesty on a national level, and on a statewide basis you can rest assured that the unceasing campaign to oust Sheriff Joe Arpaio will continue apace. That is why we must remain steadfast, and not let this admittedly very dispiriting result impede what will be a long term process of reasserting control over  this country’s porous borders.

Finally, I’d like to extend my gratitude to Senator Russell Pearce for his dedicated service to his state and country. Not only has he valiantly defended American citizens through his legislative efforts, but as a deputy in Maricopa County’s Sheriff’s office he heroically fought off a gang that nearly fatally wounded him, and as Stand with Arizona points out, along with his son is the only father and son to be awarded the Medal of Valor. Even though his efforts might not have been appreciated by monomaniacal open borders fetishists, I can say without hesitation that scores of patriotic Americans are grateful for the selfless work of Russell Pearce. You will be missed, Senator.

This entry was posted on November 9, 2011 at 1:51 AM and is filed under Analysis, News. You can follow any responses to this entry through the RSS 2.0 feed.

6 Responses to When Heroes Go Down