This site was founded in support of Arizona and its bold stand against the Obama administration’s shameful record of non-enforcement, vis-a-vis this country’s immigration laws. That’s why we fully support State Senate Majority Leader Russell Pearce in his fight to retain his seat in the Arizona State Senate. The forces arrayed against him, from open borders fanatics posing as devout Mormons, to radical leftist smear merchants, to RINOs supported by the Arizona Democrat Party, like his opponent Jerry Lewis, have done everything in their capacity to bring down the man who sparked a revolution in this nation’s attitude towards enforcing immigration law. 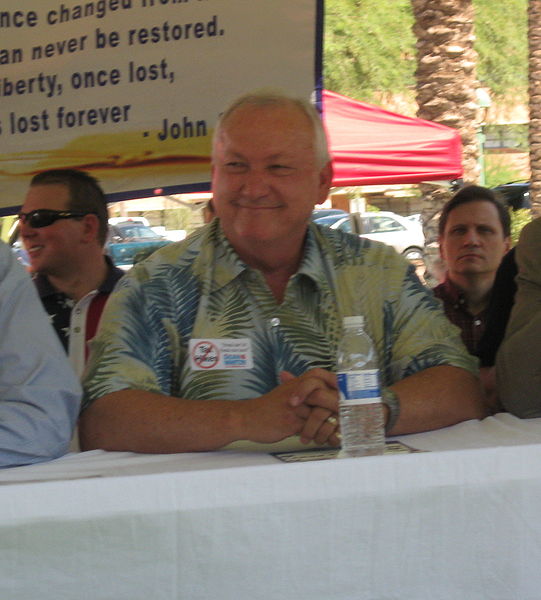 Republicans can march with Sheriff Joe Arpaio and Republican Chairman John Morrissey tomorrow morning. Those of you who don’t live in the district can still help defeat the open borders colossus. If you live in Arizona, and are free next Tuesday, you can drive those  voters who are incapable of walking to the polls. You can also remind friends who live in Russell’s district that they need to come out next week and support the man who is responsible for SB 1070, the most important statewide immigration law since Proposition 187. Whatever little you can do to help him out in this race counts, because the margin of victory-or defeat-is likely to be razor thin. And we can not afford to lose Senator Pearce’s voice in the important battles that loom.

This entry was posted on November 4, 2011 at 4:48 PM and is filed under News, What You Can Do. You can follow any responses to this entry through the RSS 2.0 feed.

One Response to Stand With Senator Pearce