The Coverup Is Always Worse Than The Crime 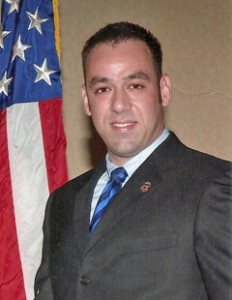 One of the issues we’ve tried to highlight on this website over the past five months is the ongoing investigation into the reasons behind ICE agent Jaime Zapata’s murder by members of a notorious Mexican drug cartel. Now, via the Los Angeles Times, comes word that the Zapata family is demanding answers from the government regarding the connection between his death and Operation Fast and Furious. This flagrant abuse of power and example of governmental malfeasance has already been identified as the source of a gun that took the life of Border Patrol agent Brian Terry, and the likelihood that it is also to blame for the death of Agent Zapata can’t be discounted. In fact, the continued refusal of administration officials to answer the legitimate demands of his bereaved relatives merely reinforces this impression of guilt. Until Eric Holder, Janet Napolitano and their subordinates are brought to account for their actions we will never know the true extent of the gunwalking investigations, which have already cost the lives of some of our nation’s bravest law enforcement officers.

The title of this post refers to a oft-repeated maxim that describes the political failures of the Nixon administration in the wake of the Watergate scandal. It’s a lesson that apparently hasn’t been absorbed by the current White House.

This entry was posted on August 9, 2011 at 6:22 AM and is filed under News. You can follow any responses to this entry through the RSS 2.0 feed.