Thoughts On The Oslo Massacre 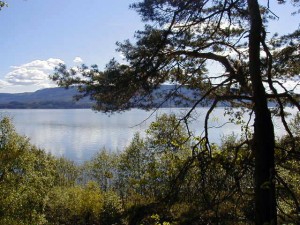 Some of you might be wondering why I haven’t yet addressed the horrific Utoya shootings and bombings targeting Regjeringskvartalet which occurred this weekend. The simple answer is that I don’t think there’s much of substance that I can add to the discussion, other than deploring the unspeakable actions of the mass murderer and expressing my deepest condolences to the people of Norway, especially the loved ones of the over seventy young men and women who lost their lives on the island located on the picturesque lake seen in the photograph above.

On a deeper level, I feel that one of the chief assets of this website is its ability to move beyond a reactive, evanescent analysis of our societal problems. The fact that American Rattlesnake is not a prisoner of the moment, and does not attempt to serve as a running commentary-or blog, if you prefer-upon every single event, no matter how momentous, is one of the distinctive features of this website.

However, I would like to add a personal note about the febrile media campaign that has begun to take shape in the wake of this horrific tragedy. The attempt to ascribe blame for this atrocity to individuals other than the mad man who initiated it is bad enough, but the metanarrative publications like the New York Times are attempting to weave in order to impugn the philosophical beliefs  and integrity of their perceived enemies is absolutely galling. As someone who’s known Pamela Geller for years and considers her a dear friend, and who has met Robert Spencer on several occasions, I feel compelled to address the libelous allegations that are being leveled against them by their inquisitors in the mainstream media.

Although I believe it perfectly fair and even desirable to inquire into the motives of the killer, and to examine what-if anything-led him to take such a craven, contemptible course, I don’t believe that the concerted effort to demonize Pamela and Robert is a sincere attempt on the part of the drive-by media to uncover the “root” causes of the senseless Utoya slaughter. Rather, it is simply the latest installment in a seemingly endless campaign to delegitimize anyone and everyone who holds heterodox opinions regarding a host of issues, including multiculturalism, immigration, and the role of Islam in contemporary Western society. Lest you think that this fusillade of invective is restricted to conservative anti-Islamists, I refer you to the hatchet job undertaken by Nicholas Kristof in an attempt to bury liberal feminist, Islamic apostate, and international crusader for women’s rights Ayaan Hirsi Ali.

The attacks on Pamela Geller and Robert Spencer are not any more truthful than the assault against her. What’s more, they only serve to overshadow and obscure the horror that has unfolded in Norway, which has permanently scarred hundreds of innocent individuals who will have wounds in their hearts and souls that will never be repaired by time. The fact that their trauma and pain is being press-ganged to serve the noisome, petty agenda of the dominant media organs in this country and in Europe is something that I find absolutely abhorrent. I have faith that the reputations of both Pamela and Robert will remain intact, despite the repeated attempts to tarnish them by tying their followers to the actions of someone wholly divorced from reality. Unfortunately, the time spent vilifying them, which could have been spent commemorating the lives of the individuals who were cut down in this monstrous massacre, can never be replaced.

2 Responses to Thoughts On The Oslo Massacre