The Unused Visa: Sanity over Sanaa 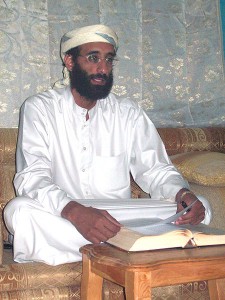 Occasionally, we at American Rattlesnake like to publish original work on issues of a topical nature. That is why I’m pleased to bring you a trenchant personal essay that touches upon one of the most disturbing issues recently dominating the news cycle. So without further ado, I present to you the words of my good friend, Marion Dreyfus:

Of the 98 countries I have now been to, no one objected to my gallivanting off to any of them–except for my plans to traipse to Yemen. At the time, I had accumulated about 80 countries in my life-cache of countries, pursuing the goal I have of setting foot on the soil of every one of the world’s 194 nation-states.

It took me several weeks to apply for and get a visa, paying $30.00 for the privilege, in an office notably bereft of competing visa applicants.

Earlier, I had arranged for a male Yemeni, friend of a friend, to accompany me, because even adventuresome as I am, I had read enough and seen enough to know that Yemen was not a place to bop around solo. And female…single…Jewish. Not to mention, American.

Not the brightest place to travel to without bodyguards.

He would accompany me to places I wanted to see in this somewhat backward, somewhat aggressive, somewhat violent, somewhat terrorist-aiding country. There were native synagogues and colorful Yemeni national raiment and jewelry from centuries of Jewish inhabitants, exotic customs and rituals that would make for great photographic keepsakes and attractive acquisitions and gifts.

My normally reticent and accepting Mother learnt of my plan. For the first and only time, after some 85 countries, she put her foot down. You are not going to Yemen, she told me; on the phone, by letter, Indian smoke signal and telepathic memo.

My visa languished in my passport. I thought long and hard about the usual violence and bruited terrorist acts perpetrated by this small Muslim country. I followed the incidents because I have long been in the activist role in regards the Middle East and their brewing, stewing fulminations, even when the rest of the news crowd was ignoring the developments and outcroppings of violence.  People vanished. Women were raped and disappeared. I decided it was not worth the risk of losing the ‘minder’ I had engaged, of being abducted-or worse-and of alienating my loving mother, just to get that new country stamp plume in my multi-feathered, visitation/habitation hats.

Subsequent events and up-to-the-minute news alerts have proven her advice and caution nothing short of prescient.

It may be that I never get that stamp in my crowded passport. But it may also be a continuation of my good health and well being not to push the parachuting-in business envelope beyond where it feels sane to go. It won’t be a grievous crime to get only 193, right? I won’t yield any metaphorical heft by valuing my life a tad more than an immigration red stamperino.

Sane is stay in sight in salubrious sites.

Insane might be setting off on a jumbo jet to Sanaa.

This entry was posted on November 4, 2010 at 1:18 PM and is filed under Analysis, News and Analysis. You can follow any responses to this entry through the RSS 2.0 feed.