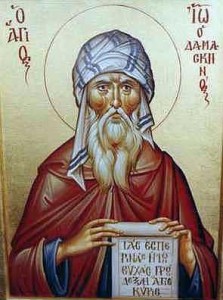 This month saw the admission of a record number of Syrian refugees to the United States. Nearly 500, according to the State Department Refugee Processing Center. Perhaps unsurprisingly, every single one is a Muslim. 10 Christians, in toto, have been admitted to the U.S. for FY 2016, which saw the importation of over 2,200 Syrian refugees. Although it has gotten little press outside of Christian publications, and what coverage it has received has been deliberately misleading, the fact that our government is turning its back on Christians is an inescapable truth.

Aren’t there some prosperous Gulf Arab states which could support the needs of these desperate Sunni Muslim refugees? Of course there are, but they refuse to take them. They refuse to take them for a number of reasons, but I can’t help but think that one of them is the complete silence North American and European media outlets, i.e. propaganda vehicles, have greeted this stunning lack of generosity on the part of Saudi Arabia, Kuwait, and the like. While we are regularly treated to sickeningly self-righteous homilies on OUR responsibility towards these exiles from Syria, rarely do we hear voices condemning the stunning hypocrisy and venality of wealthy, Sunni Muslim nations who’ve turned their backs on their brothers and sisters.

For honest reports about the State Department’s plans to take a wrecking ball to communities throughout the country, check out the citizen testimony forwarded to Refugee Resettlement Watch, which has been doing what the Fourth Estate adamantly refuses to, i.e. telling the truth. For the record, this is the State Department that actively discriminates against Christians seeking sanctuary, despite the fact that they have nowhere else to turn  within their own region, where they are mercilessly persecuted for their faith. A faith which predates the advent of Islam by 7 centuries.

Unlike those who make it to Germany, the Christians seeking shelter in the United States don’t even have the opportunity to be persecuted by their Muslim antagonists. We’re doing that job for them. Shameful.

This entry was posted on May 24, 2016 at 12:42 AM and is filed under Analysis, News, News and Analysis. You can follow any responses to this entry through the RSS 2.0 feed.