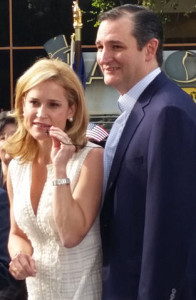 We’ve come to expect dissimulation and manipulation from the news media in our country, especially major commercial and public broadcasting networks, national newspapers and prominent Web aggregators such as the Huffington Post and Buzzfeed. We’ve seen this repeatedly in foreign affairs coverage, which has led to a host of disastrous policy decisions in countries ranging from Somalia, to Kosovo, to Libya, and now Syria. Perhaps the most catastrophic result of media deception and obfuscation can be seen in Europe, which is in the process of being subsumed by a mass of Middle Eastern, North African, and Central Asian refugees with the full imprimatur of what our friend Pamela Geller rightly describes as the enemedia.

This phenomenon also shapes how we discuss and think about issues in the domestic sphere-to say nothing of which issues are even open to discussion-as my report from Monday’s GMA presidential town hall illustrates. It predates the Internet Era and will probably persist long after birdcage liner like the Boston Globe has, mercifully, disappeared. Media organs, by their absence or presence, shape the world we inhabit. However, conceding this reality does not mean that the American public-least of all those of us whose values are being anathematized-has to abide by the terms dictated to us by the information gatekeepers. Those of us who are aware of what’s occurring need to speak out and counter this propaganda with a counter-narrative grounded in facts, truth, and most importantly, a compelling vision.

This is where, unfortunately, I think Ted Cruz has dropped the ball. I should probably preface the following remarks by declaring that I’m not reflexively hostile to the senator from Texas, and don’t consider myself to be an enemy. Although I acknowledge his personality and policy shortcomings and understand some of the critical views of him, I don’t necessarily share them. According to the admittedly unscientific diagnostic tool ISideWith, Cruz is actually the candidate with whom I’m most politically compatible, albeit only slightly more than affable Libertarian doofus Gary Johnson. Even the off-putting aspects of his personality that have manifested during the primary debates don’t discomfit me-perhaps because of our shared appreciation for forensics. I’d venture to guess that I actually like Senator Cruz more than many of my friends who decided to support him in Tuesday’s Republican primary.

With that said, to describe his performance on Good Morning America as uninspired would be an understatement. After successfully deflecting Brother Dealer’s loaded question about gun trafficking, he went into cruise control-pun not intended-for the rest of the program. The question about bakery owners being coerced into baking specific cakes occasioned his now routine discourse on religious liberty, including a seeming non sequitur about atheism, which was problematic for two reasons. The first reason is that it played into the widespread public perception of him as a thinly veiled televangelist, the second-and much more important-being that it utterly obscured the real issue at stake, which is property rights, not the exercise of religious freedom. The fact that he is the sole candidate in this presidential race of either party who has an actual understanding of the Constitution makes his answer all the more disappointing.

When pressed to explain his flat tax proposal, he invoked the mantra of Congressman Dick Armey-from an election which took place over two and a half decades ago-but refused to provide any specifics, beyond the recitation of a few cliches about the importance of small businesses to the health of the American economy. When one of the news anchors asked him how he would tackle the monstrous national debt he mocked the bombastic claims of the Republican frontrunner but refused to provide an outline of his own debt reduction plan. Throughout it all he repeatedly emphasized the similarities between his campaign and that of Ronald Reagan-interestingly enough, his unsuccessful ’76 bid for the nomination, not his election to the White House-and promised his audience that he would change both the GOP and the course of the nation.

Even as Senator Cruz was attempting to paint himself as the heir to Ronald Reagan’s legacy I couldn’t help but think that the most essential lesson of President Reagan’s political career was lost on him. Reagan did not win over skeptical Americans because he was more conservative than his opponents-although his conservatism was pivotal to his ascendancy-or because he was Reagan, even though-as Lou Cannon has illustrated in his magisterial biographies of the 39th President-his personality was key to his electoral success. He convinced them that he was the right leader because they believed that he offered at least a partial solution to the misery they were experiencing during the 1970s which was better than the alternatives presented to them.

I cannot imagine the average voter watching Ted Cruz’s performance during that Good Morning America segment coming to the conclusion that he was the best alternative to the soul-crushing collectivism, mind-numbing identity politics, and relentless groupthink of Unite Blue. Which is a shame, because he does have some genuine political skills-although they are rarely on display these days-and some ideas that would be a departure from the past 8 years of Obama-Biden malaise. However, like Rand Paul, the talent that got him here seems to have deserted him-or been relinquished for some inexplicable reason. While he might have refined his ability to accumulate delegates, the rationale for his presidential candidacy becomes murkier with each day that elapses.

This entry was posted on April 21, 2016 at 12:44 PM and is filed under Analysis, News, News and Analysis. You can follow any responses to this entry through the RSS 2.0 feed.