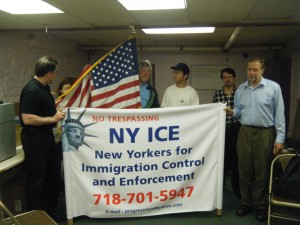 As an addendum to Andrew Cuomo’s Dream Act reversal, we’d like to once again praise the tireless efforts of NY ICE in opposition to this deeply misguided and harmful bill. You can read the thoughts of Joanna Marzullo, who I’m sure you’re all familiar with by now, on the recent items section of her organization’s website. It’s worth noting that Councilman Ydanis Rodriguez, who is responsible for similarly destructive pieces of legislation on a municipal level, vociferously supports the looting of taxpayers in order to give illegal immigrants living in this state a free ride through college. Rodriguez is a vivid illustration of the perils of third world, mass immigration.

A policy of unfettered immigration, married to ethnic polarization, state-endorsed multiculturalism and partisan voting patterns-New York City being a bastion of left Democratic ideology for a number of reasons, including the outsized strength of public sector unions-leads to Americans being governed by individuals who have no interest in protecting the rights and privileges of U.S. citizens. It leads, in fact, to the absurdity of a legislative body, in the form of the New York City Council, whose members, in Mr. Rodriguez’s case, do not even speak the English language.

If this isn’t a justifiable reason to oppose allegedly benign proposals like the Dream Act, then I don’t know what is.