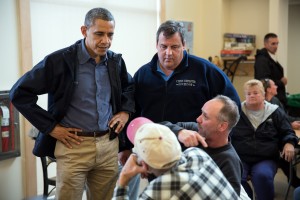 As this country celebrates Labor Day, it’s important to reflect upon how our political class continues to shortchange American workers and those who are desperately seeking work but are locked out of opportunities by our government’s disastrous immigration policies. It’s perhaps not surprising that the chief cheerleader for the disemployment of Americans, i.e. President Obama, would use this holiday to tout the ways in which his administration is going to help illegal aliens obtain gainful employment in the United States.

Of course, the work these newly amnestied illegals will be doing-if Obama follows through on his threats-is something that the mainstream media has gone to great pains to obscure. Not that this in itself is surprising, considering the efforts journalists have gone to in order to soft-peddle what is the single biggest usurpation of Constitutional powers in recent memory. One hopeful sign is that even those on the other side of the fence recognize how shortsighted and stupid the President’s administrative rampage is. We can only hope that the excess of O will occasion some in the GOP to reconsider their devotion to open borders before 2016.

This entry was posted on September 1, 2014 at 2:21 PM and is filed under News. You can follow any responses to this entry through the RSS 2.0 feed.