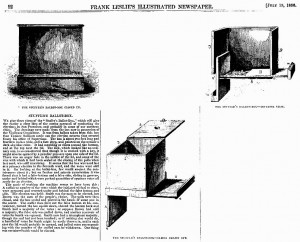 Although many on the left have a vested interest in denying it exists at all costs, the ineluctable truth of the matter is that voter fraud is a widespread phenomenon. Whether it is so rampant that it influences the outcome of major elections, as some maintain, or has unseated incumbent congressmen in past races, is open to debate.

However, the recorded episodes of fraudulent voting and the manipulation of the election process, from corrupt Democratic officials in Indiana, to vote harvesters in Texas, to political apparatchiks in Ohio, to the Republican secretary of state of Indiana, demonstrate that the number of people who have violated state and federal election laws is substantial. One organization in particular, ACORN, has submitted thousands of fraudulent voter registration forms and has had dozens of its former employees indicted for violating such laws.

Therefore, it should come as no surprise that the chronically inept, partisan-driven New York City Board of Elections has opened itself up to potential vote/voter fraud. Although it’s possible that the registration ballot below is simply the result of a clerical error, somehow I doubt that’s the case. The fact is that many people have a political and pecuniary interest in allowing non-citizens to vote, despite its illegality. I’ll let Joanna Marzullo, president of New York ICE, describe what she found this election year.

December 2012, New York, NY.  The New York Board of Elections circulates fraudulent voter registration forms in Spanish. (Of course!  Even though proficiency in English is one of the requirements for citizenship, and many illegal people here from Latin American are, in fact, illiterate in Spanish).

So the illegal alien from North America does not even have to get creative with his or her voter fraud in New York, because the New York Board of Elections does it for him or her!

This calls, of course, into question the veracity and legality of any of the election results.

This entry was posted on December 27, 2012 at 2:30 AM and is filed under Analysis, News, News and Analysis. You can follow any responses to this entry through the RSS 2.0 feed.