Round 2: Thoughts On Last Night’s Debate 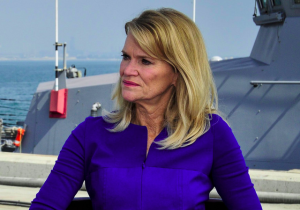 A few observations about last night’s presidential debate, which you can view in its entirety here, as well as the post-debate spin which followed.

As I pointed out in an essay published earlier this year-before we knew who the parties would nominate-the defining characteristic of Hillary Clinton is her tenacity. Leaving aside her arguably criminal behavior in office, she has virtually nothing to recommend her as a politician, despite the fact that her  lifelong goal-at least since reaching adulthood-has been the acquisition, retention, and exercise of political power. She is the modern-day incarnation of Richard Nixon, stripped of any charisma or popular appeal. However, she has managed to surmount these inherent limitations to the point where she is on the threshold of accomplishing her sole mission in life. Namely, becoming the next President of the United States.

Donald Trump’s closing remarks were effective because they were grounded in an ineluctable truth, i.e. Hillary Clinton does not quit. Regardless of how unfavorably the public might perceive her, or what humiliation she has to endure in order to achieve her goal, she refuses to abandon her quest. While some, including those who view power-seeking and the arbitrary exercise of authority over other individuals, might consider this a repellent quality in a human being, it’s her quintessential feature as a public figure. This was a crucial acknowledgement by Trump as the debate reached its conclusion.

Conversely, the habitual dishonesty of the controlled media was on full display throughout the night. Although not as obnoxiously tendentious as the previous moderator, Martha Raddatz and Anderson Cooper demonstrated why reporters are even less respected and trusted than the 2 presidential candidates they cover on a daily basis. It’s not simply the fact that journalists have enlisted en masse in the campaign to have one of them elected, but it is the air of sanctimony they assume while denying reality. Generally speaking, I’m not a fan of Trump’s personal attacks on members of the media, even those who deserve to be skewered.

They reinforce a public image-which is partially grounded in reality-that he can’t run a disciplined campaign, and they move the field of battle from the issues to a matter of personalities-most of whom the public has heretofore been unaware. While attacking the ruling class-including the fourth estate-is an essential ingredient to Trump’s campaign, focusing upon personal disputes with specific reporters actually assists Hillary Clinton, who has tried to discuss anything and everything but substantive policies, because in that realm she is at a decisive disadvantage. That said, repeatedly exposing the malfeasance of the purportedly objective moderators throughout the evening was absolutely necessary, as both-but especially Raddatz-couldn’t suppress their sneering contempt for evenhandedness, despite repeatedly patting themselves on the back for how impartially they were performing their roles.

If Donald Trump often shoots himself in the foot by going off-script, some of his worst messengers are the people who he’s enlisted as unofficial spokesmen. Rudy Giuliani being a primary example of this phenomenon. His post-debate interview with Chris Matthews, where he discussed the recent disclosure of a recording involving a vulgar conversation between Donald Trump and Billy Bush, demonstrated yet again why Rudy is a bad emissary to the public. Although a masterful local politician, Giuliani has proven himself to be a consistent blunderer on the national stage, which is probably why MSNBC chose him as one of its pro-Trump guests last night.

Finally, I noticed a Johnson-Weld sign being waved outside of the university where this debate was held. Even though I have very little admiration for Gary Johnson the politician-who often resembles one of the more unhinged, illogical social justice warriors-and even less for Bill Weld, I still believe they-along with Jill Stein and Darrell Castle-should have been allowed to participate in these presidential debates, which are administrated by a cartel run by the 2 major political parties in this country. Regardless of whether or not you agree with the beliefs of these minor party candidates, America is entitled to hear them expressed in a public forum, not treated as if these beliefs do not exist. If anything comes from this absurdist presidential election, perhaps it will be a growing acknowledgement that it’s not the media’s job to decide which ideas are licit and which are forbidden.

This entry was posted on October 10, 2016 at 1:42 PM and is filed under Analysis, News and Analysis. You can follow any responses to this entry through the RSS 2.0 feed.