The Dr. Kevorkian Of Europe 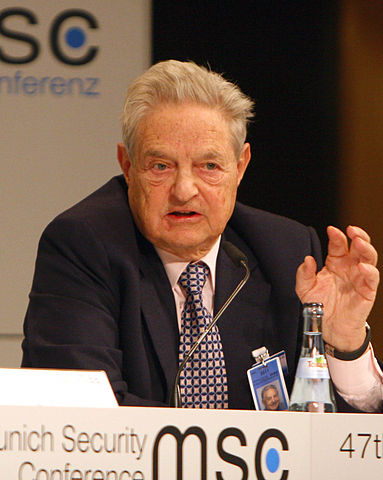 For those of you who needed confirmation that gleeful Nazi accomplice and evil billionaire George Soros is a real-life, Hungarian version of Emperor Palpatine, wait no more! According to a leaked memo from his Open Society Foundation, the man whose chief source of protein is human misery believes Europeans should accept the refugee crisis, i.e. effacement of their civilization, as the “new normal.” Congratulations, Germany, France, Sweden, and the rest of Western and central Europe, you have decades of taharrush, unexpected jihadist violence, and random crime to look forward to. Don’t forget the trillions of dollars lavished upon new Europeans who will never be able to reciprocate the favor for very obvious reasons.

Imploding welfare states? Endless civil strife which never existed prior to this grand social experiment? Increasing militarization of civil society and diminution of fundamental liberties? A wholesale reversal of the values cemented during the Age of the Enlightenment? Well, that’s just collateral damage in the war for vibrant diversity, isn’t it? Thank you, Francois Hollande. Thank you Pope Francis, Angela Merkel, and Tony Blair. I’m sure future generations of Europeans will realize what a small price to pay these sacrifices were for a world where the Crypt Keeper can ball out for a wedding ceremony to his 40 year-old gold digger, i.e. wife.