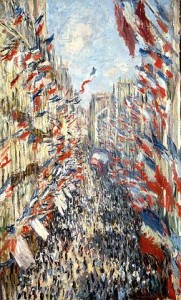 A timeline of the attack.

A column written by Pat Buchanan in the wake of the Pulse night club massacre.

Let’s not forget the real victims of this horrific event. Muslims who might briefly feel guilty about the massacres of innocent human beings which their co-religionists routinely commit.

More coverage of the ongoing terror attack in Nice.

A minimum of 60 fatalities.

What will it take?!

Unconfirmed local reports that the driver has died.

Yet another attempted mass murder in the streets of France. Follow live coverage on Sky News. More photos and video coverage, courtesy of Heavy.

This entry was posted on July 14, 2016 at 5:49 PM and is filed under News and Analysis. You can follow any responses to this entry through the RSS 2.0 feed.