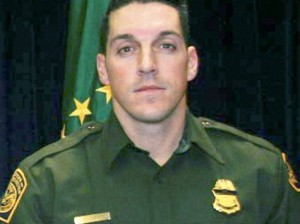 The breathtaking abuse of power by the Obama administration in almost every area of immigration law has obscured its criminality in other areas, particularly its obstruction of justice in the Fast and Furious scheme. Now, Brian Terry’s brother has written a scathing letter calling upon the Justice Department to answer for its many transgressions-and repeated obstructions of justice-related to this notorious gun-trafficking scheme.

The highlights of Kent Terry’s scathing missive are provided by Breitbart.com, which has maintained some excellent coverage of this issue in the face of widespread media apathy-with a few courageous exceptions. Even if the chattering class would prefer not to examine this subject, ordinary Americans need to be reminded of this administration’s inveterate hostility to the truth. If for no other reason than to do justice to the memory of  Border Patrol Agent Terry.

This entry was posted on February 21, 2014 at 1:13 AM and is filed under News. You can follow any responses to this entry through the RSS 2.0 feed.