The complicity of federal law enforcement agencies in Fast and Furious has been an issue ever since the scandal was revealed to the American public. Now comes word that the FBI has been implicated in the killing of Brian Terry, the Border Patrol agent whose death sparked the initial investigation into what has turned into one of the most flagrant abuses of power since the Watergate coverup. 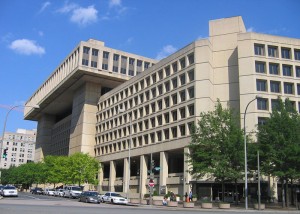 You may remember John Dodson as the man whose revelations about the ATF’s gun-walking activities sparked multiple congressional investigations into the Fast and Furious debacle. Although libeled by this administration’s press flunkies, and suppressed from exercising his 1st Amendment rights by the very agency whose leaders were responsible for agent Terry’s death-as well as the deaths of countless innocent Mexican civilians-he continues to provide critical information about the way in which our federal bureaucracy has corrupted law enforcement.

The notion that the FBI would be complicit in the death of a federal law enforcement agent-even indirectly-is not far-fetched, especially when you consider some of the other criminally negligent actions of federal law enforcement and investigative agencies in years past. I’m thinking particularly of the Mumbai attacks, which were orchestrated in large part by a man who was a well-known DEA informant while also being an unapologetic, radical Pakistani Islamist. Therefore, the notion that federal law enforcement would be implicated in something as horrific as Fast and Furious shouldn’t be discounted altogether. If nothing else, Dodson’s allegations should provide the impetus for a more robust investigation of this administration’s abuse of power, which has been abetted to a great extent by media adoration for the current POTUS.

This entry was posted on December 29, 2013 at 8:29 PM and is filed under News. You can follow any responses to this entry through the RSS 2.0 feed.