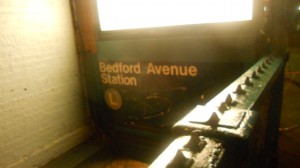 Even as an American war in the Levant looms, we shouldn’t forget that the critical issue of legalizing tens of millions of aliens living in the United States-as well as increasing the flow of legal immigration to this country exponentially in coming decades-will be addressed during the tail-end of a generally lethargic session of Congress. Although I don’t know if the Gang of Eight plan will be discussed at this event, I highly recommend attending tonight’s debate over the ethics and utility of free migration at Muchmore’s, a vibrant bar/event space located in that cauldron of clashing cultures, Williamsburg, Brooklyn.

Arguing on behalf of open borders will be a (David) Friedmanite originally from France. His opponent, a Hoppean who was born in Brazil, will argue in favor of immigration restrictions, at least as they relate to the American legal/constitutional framework. Which philosophy will carry the day? You’ll have to travel to Brooklyn to find out. Regardless, we should be in for an entertaining, illuminating evening.

This entry was posted on September 9, 2013 at 12:47 AM and is filed under News and Analysis. You can follow any responses to this entry through the RSS 2.0 feed.

4 Responses to The Great Debate