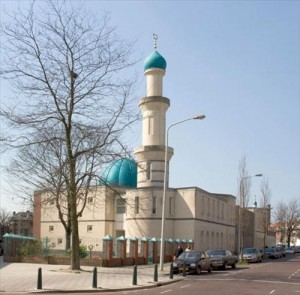 From the invaluable European weblog The Gates of Vienna comes a deeply disturbing video that highlights the extent of illegal migration currently afflicting the continent, especially now that the ‘Arab Spring’ has loosened border controls throughout North Africa and the Middle East.

The confluence of  liberalized intra-European visa requirements, large scale exoduses from failed Arab-Muslim states across the Mediterranean, and a European Union still unable to effectively address the “peaceful” invasion that is starting to resemble a real-life version of The Camp of the Saints, has turned what was once a minor inconvenience into a problem with potentially disastrous consequences for the future of Europe.

Christopher Caldwell examined the inexorable changes European nations are undergoing in his book Reflections on the Revolution in Europe, which should serve as a warning to American policy-makers and liberal actvists who routinely extol multiculturalism and mass immigration as the ultimate solution to America’s irredeemably racist past. In fact, the new Islamic immigrants have not ameliorated the racial and religious hatreds that wracked Europe during the 20th century. If anything, they’ve reinvigorated long-dormant feelings of anti-Semitism and bigotry, and given a new lease on life to native European racists. From Londonistan’s boycott of Holocaust Remembrance Day, to the sustained jihad waged within formerly peaceful Swedish hamlets like Malmo, to the French banlieues that have become so anarchic that they are the subject of futuristic, apocalyptic, yet not entirely implausible, action films modeled after movies like The Running Man, Europe’s grand experiment has proven to be a colossal failure.

The shocking video above should stand as a pointed reminder of what can happen to a place that has lost sight of its roots, which in this case stem from Enlightenment values, the Renaissance, and Western civilization at its very core, i.e. classical Greece and Rome. That genuine European heritage is the very antithesis of the ersatz culture Eurocrats are trying to fashion from the seeds of politically correct, leftist dogma, post-war bureaucratization and hierarchy, and massive waves of unassimilable Islamic immigrants. That segment should serve as a sobering message to all of us of what happens when we cede the right to determine our future on our terms. Today those images come from Europe, but can America be far behind?