November 4, 2017.  New York City. Times Square filled with zombies Saturday afternoon. They could not speak, yet they moaned and blathered. They could not think, so they embraced communism and Islam. They hate America. They are hungry for the flesh of red-blooded Americans. The very name of their bane — TRUMP/Pence — makes them writhe in agony.

Read more to see the pictures of how this horror show transpired. 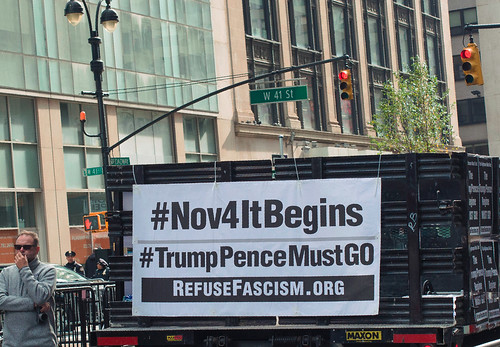 Anyone NOT a Communist is a Fascist, a Racist, and very definitely ANTI-Muslim. We are ALL Muslims (which requires lots of fist pumping).

They have big plans:

This entry was posted on November 5, 2017 at 4:54 PM and is filed under News. You can follow any responses to this entry through the RSS 2.0 feed.