October 9, 2017. New York City. Columbus Day is meant to celebrate the achievements of a great man, Christopher Columbus. It is a day when Americans celebrate the contributions of Italian immigrants. It is a day to mark the first chapter in the story of the United States of America, the greatest country on earth. It is a day that should fill all Americans with pride. For seventy-three years, New Yorkers have marched to celebrate this occasion. This year, malcontents on the Left and the Democratic politicians that kowtow to them tried to ruin this wonderful day.

Read more of how sensible people have become fed up with this divisive nonsense. 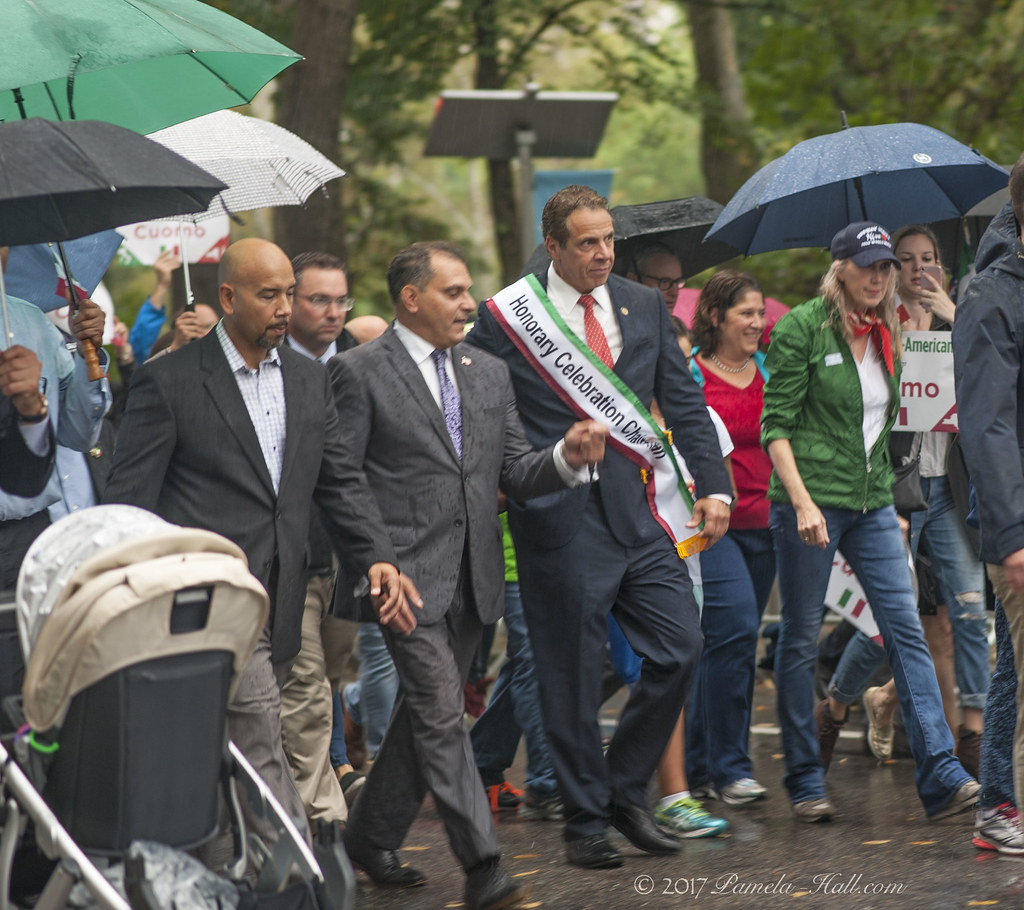 A torrent of boos rained down on Mayor de Blasio as he walked in the Columbus Day Parade in Midtown Monday. Some New Yorkers at the celebration of the city’s Italian-American heritage were irate that de Blasio is considering removing the iconic statue of Christopher Columbus at Columbus Circle.  [NY Daily News]

But what I heard and saw was a lot of happiness, particularly when they saw the “Save the Columbus Statue” signs.

The usual suspects have discovered that Christopher Columbus was no 21st century liberal. Of course, that shouldn’t surprise anyone since he lived in a time of empires, slavery, monarchies, and ignorance. But he rose above his time and literally united the world. Without him there would be no America, no us. 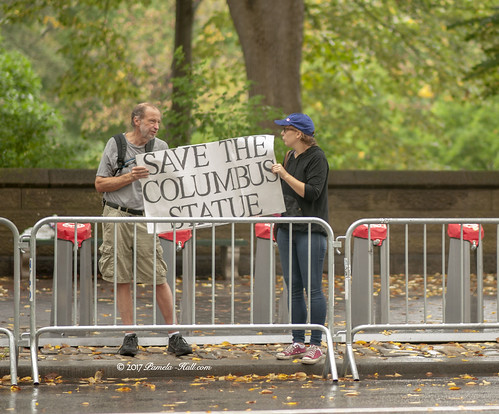 “They have forgotten what the contributions of different cultures have meant to various societies. There is the bad, as we have seen from history, and as we see now, but there is also the good. If Caucasians are so bad, then why is one section of the world struggling to empty into the Western lands? Do you see any exodus headed elsewhere?” [Facebook] 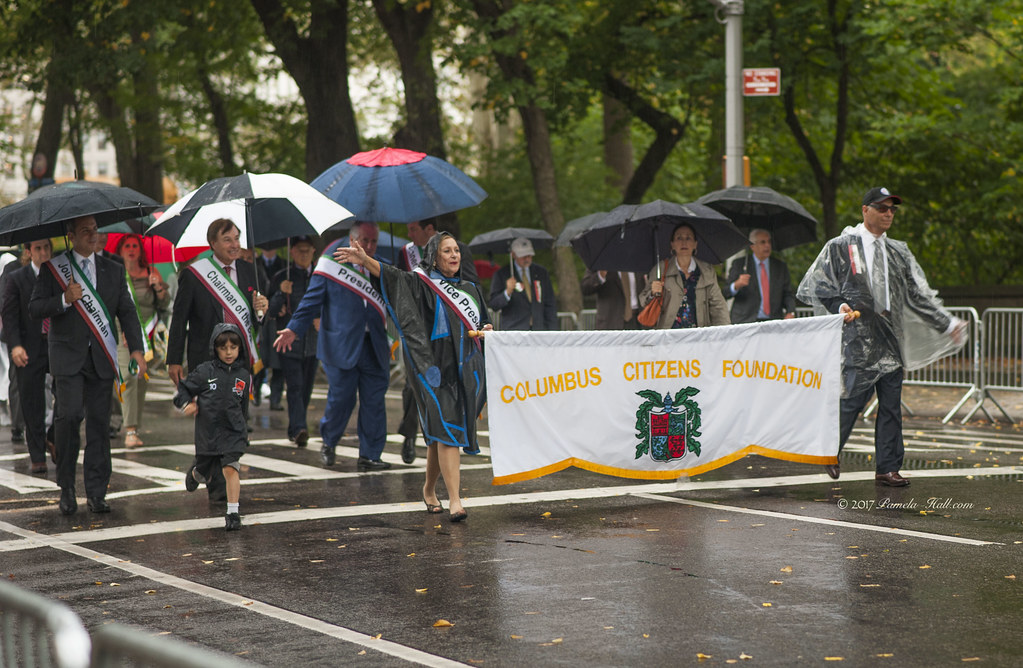 In late 19th-century America there was a growing prejudice against Italians, who were immigrating to the American South in large numbers to fill the shortage of cheap labor created by the end of slavery. Sugar planters, in particular, sought workers who were lower paid and more compliant than former slaves; they hired immigrant recruiters who began bringing the Italians to southern Louisiana. In the 1890s, thousands of Italians were arriving in New Orleans each year. Many settled in the French Quarter, which by the early 20th century became known as “Little Sicily.”[22]

Southern Italians were not considered full-fledged members of the “white race”… Between 1890 and 1910, Sicilians made up less than 4 percent of the white male population, yet were roughly 40 percent of the white victims of southern lynch mobs.[54] ** [The Silent Majority No More]

Some 35,000 people are expected to march in Monday’s Columbus Day Parade, which will wind up Fifth Avenue from 44th Street to 72nd Street, honoring the explorer sent by Spain. 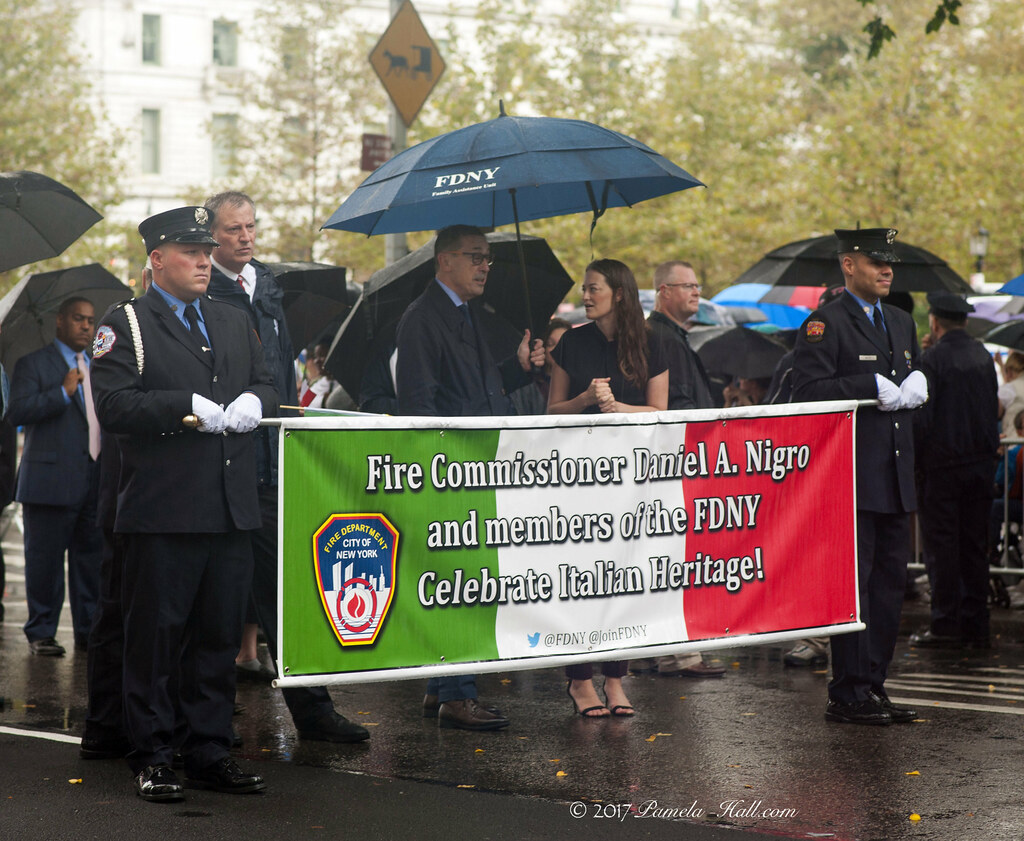 Columbus is celebrated in Latin America, too. A massive monument to the explorer, the Columbus Lighthouse, opened in 1992 in Santo Domingo, in the Dominican Republic. Puerto Rico commemorates Discovery Day on Nov. 19, marking the day Columbus landed there. 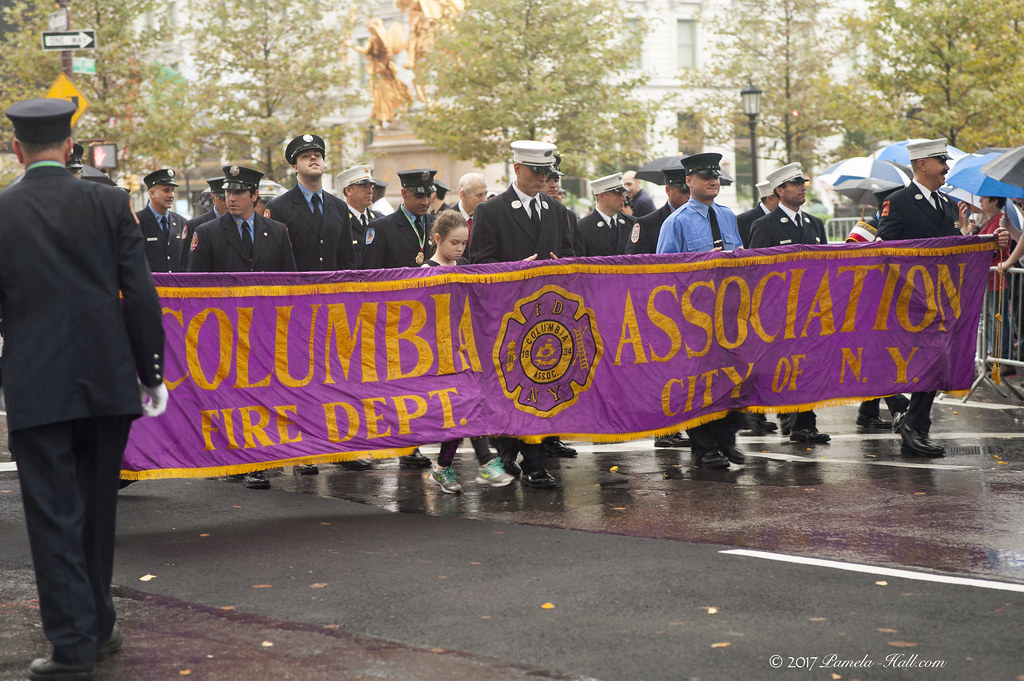 Ralph Arellanes, chairman of the activist group Hispano Round Table of New Mexico, said that as a Hispanic, he supports Columbus Day. Arellanes also said he doesn’t understand why Italians claim Columbus for themselves when Columbus was sailing for Spain.

“It was the marriage of two peoples creating a new people, in a new land,” he said. [NY Post] 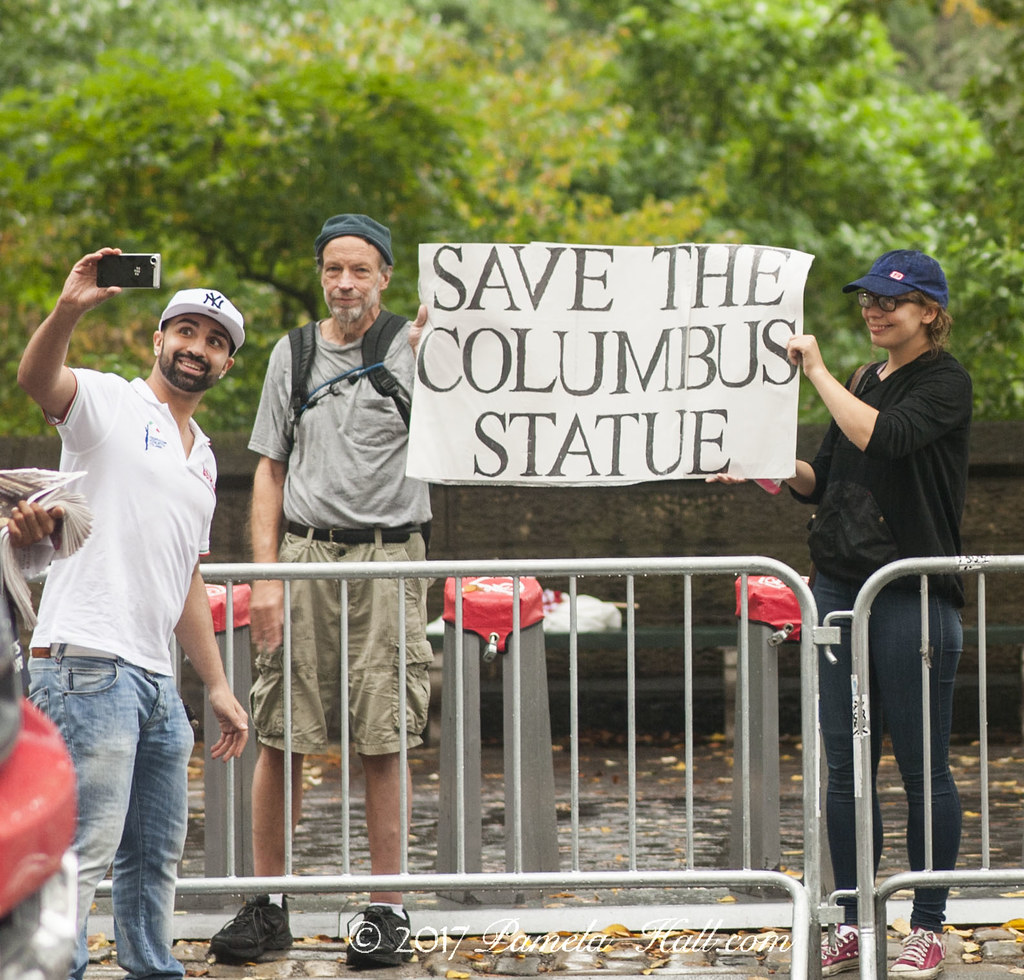 Why We Should Celebrate Columbus Day

Prepared by: The Order Sons of Italy in America in Washington, D.C. 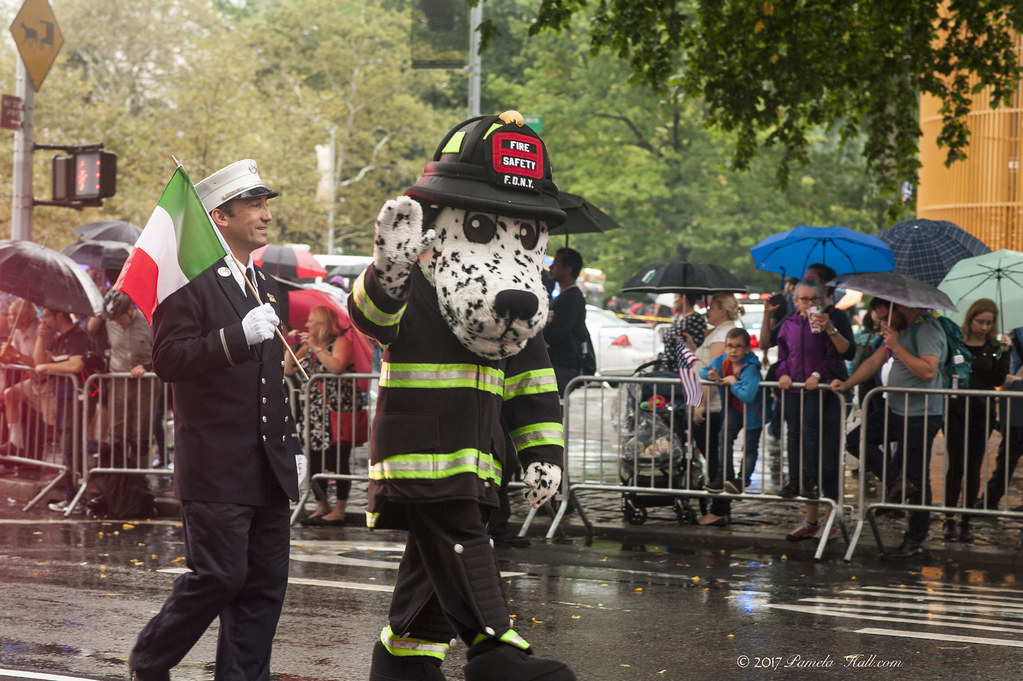 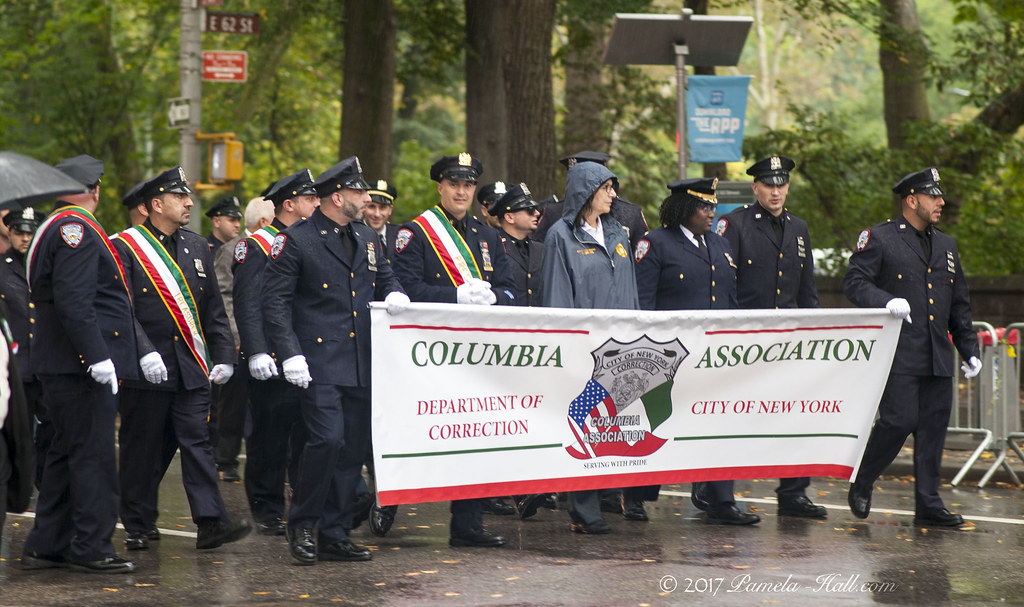