Read how the best laid intentions get savaged by the anti-Israel mob.

This was fantastic, yes? 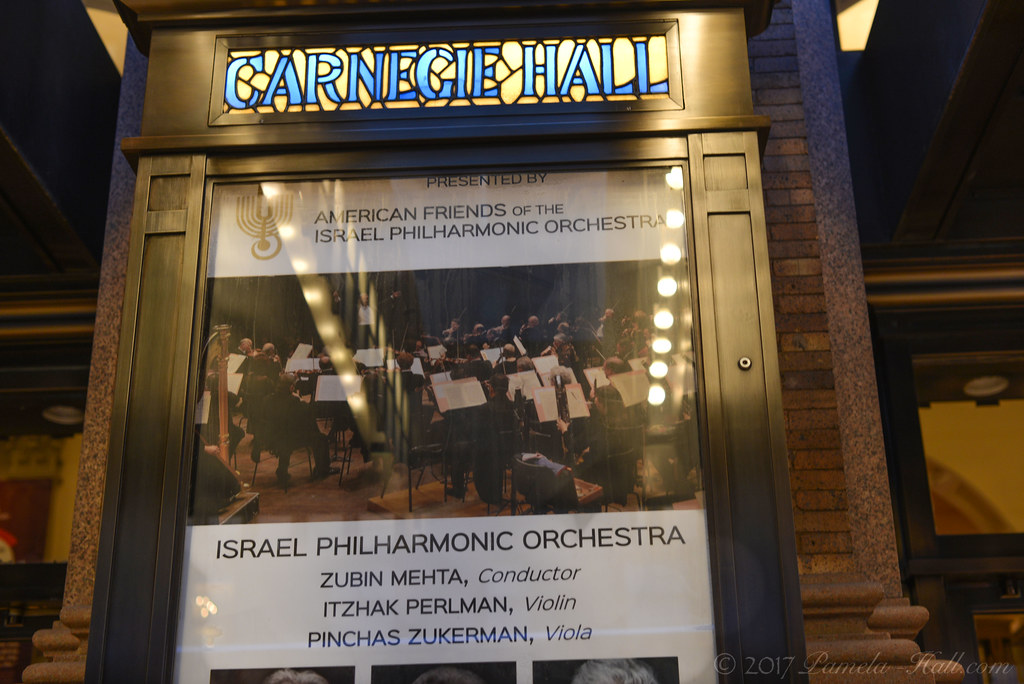 Nope. These anti-Israel groups did not agree. 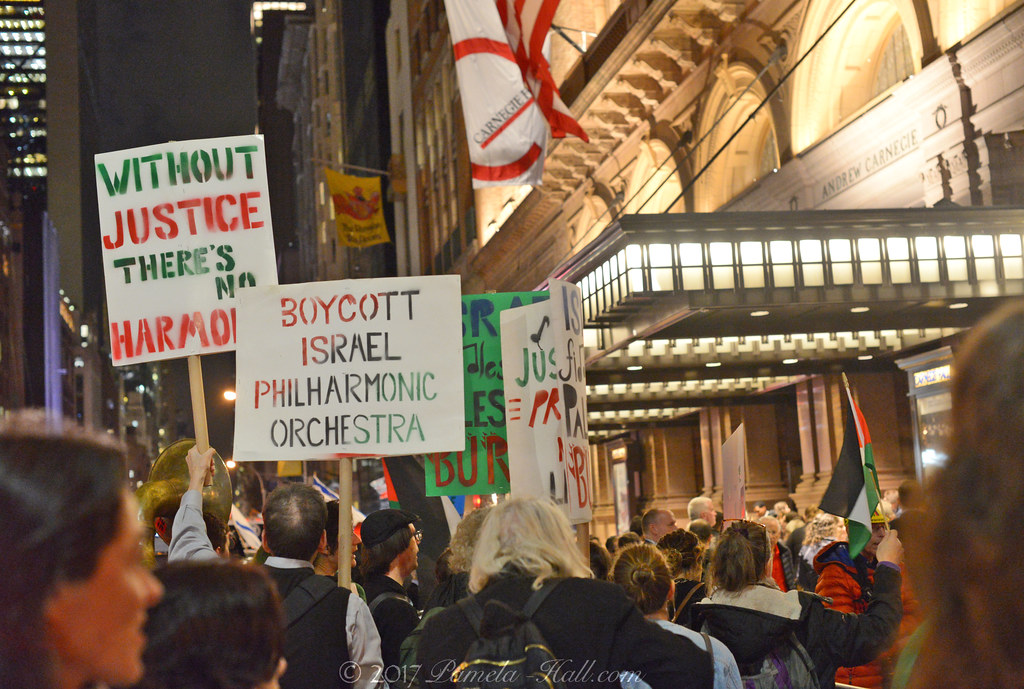 They organized an anti-Israel protest outside Carnegie Hall aimed at delegitimizing Israel. 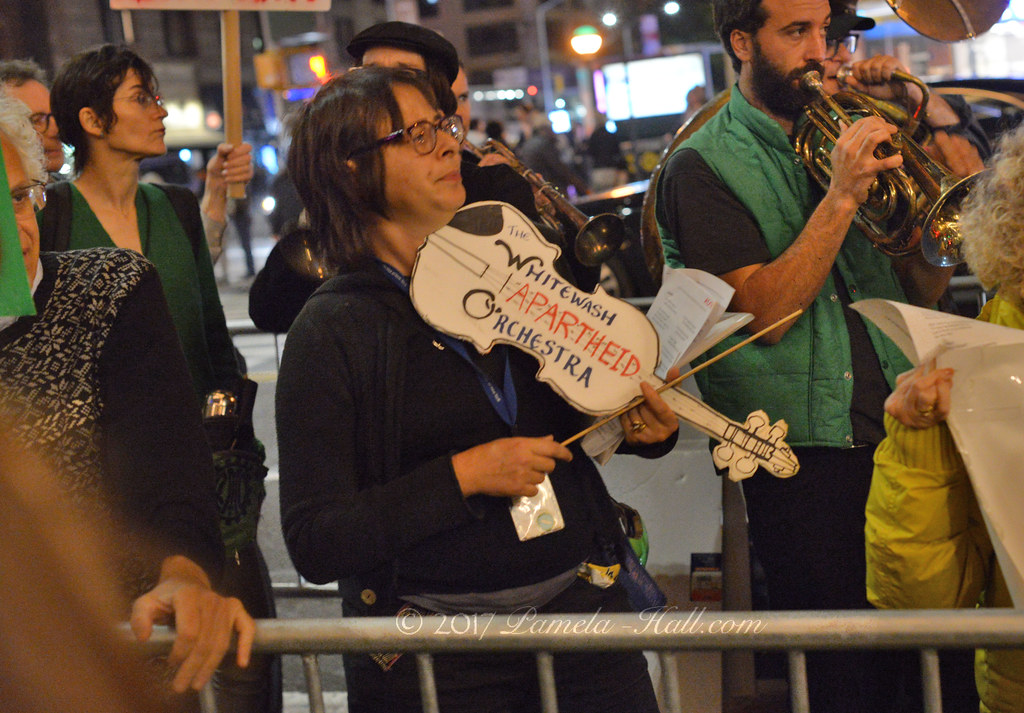 Each year, anti-Zionists return to protest the Israel Philharmonic Orchestra [IPO]
(Reports of the same antics in 2011 and 2012.) 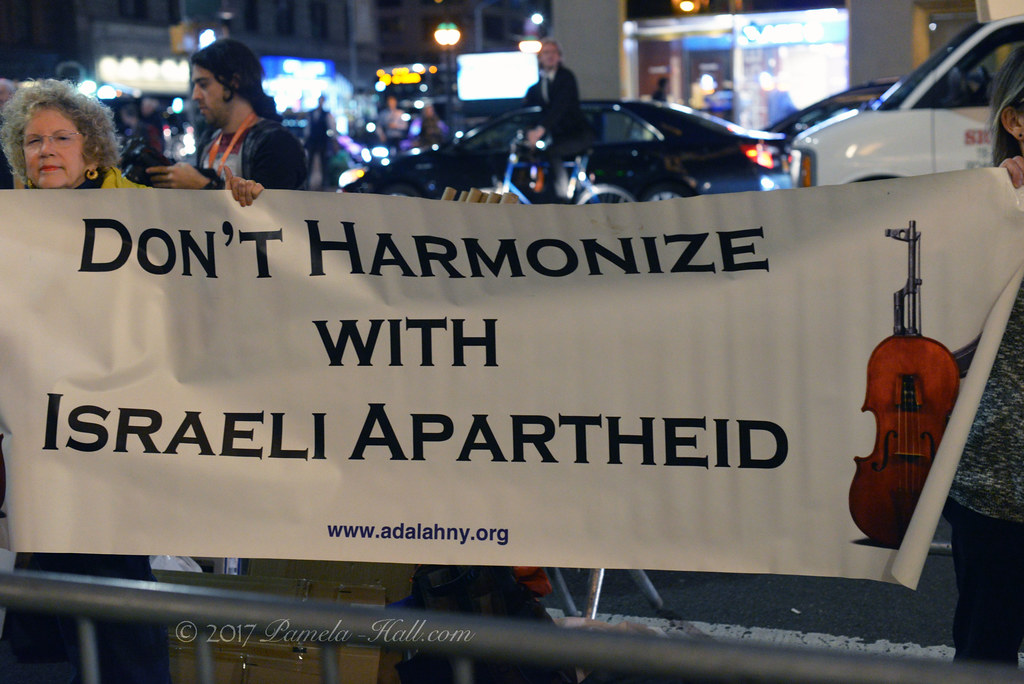 Fortunately, their lies and hateful anti-Semitism did NOT go unchallenged. 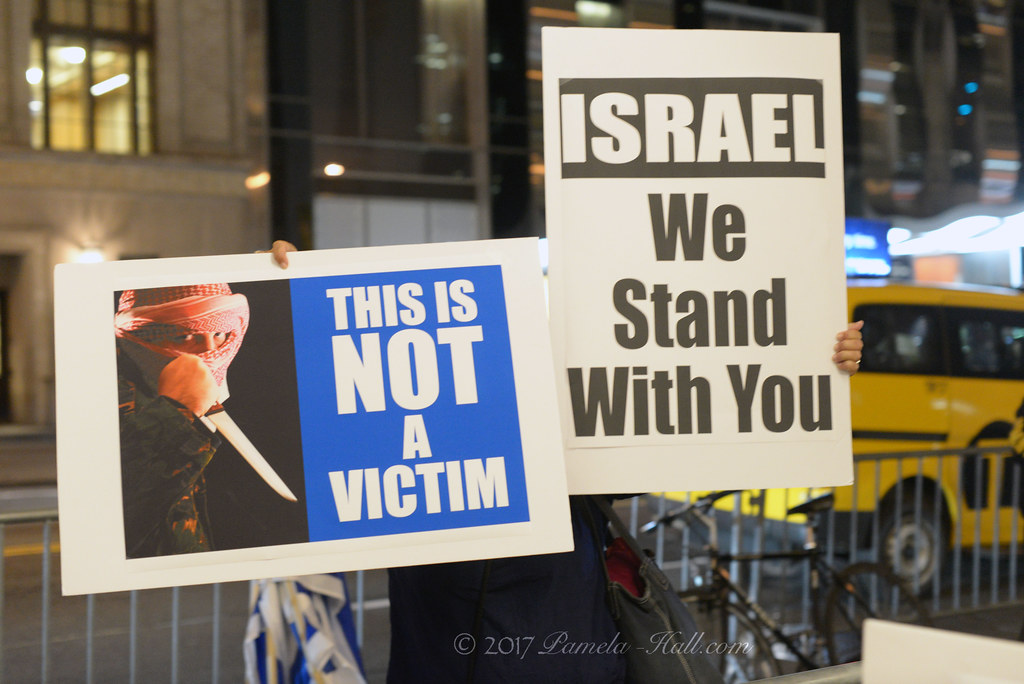 The Jewish Defence League and other Zionists were there to “Stand Up For Israel”
To “Stop the Lies” and “Stop the Hate!” 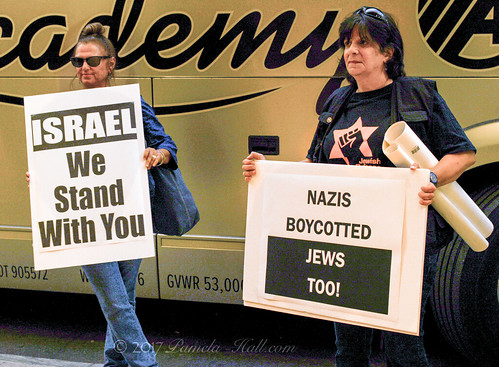 Some anti-Israel protest chants from Adalah NY and the other anti-Zionists: 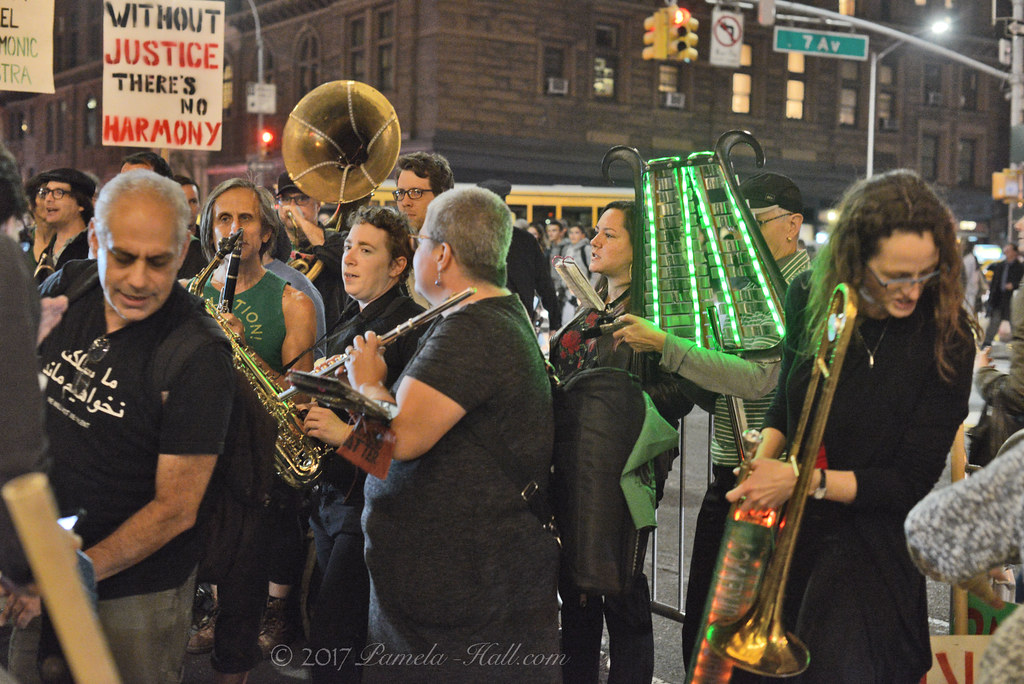 Adalah, however, remains OFFENDED with the IPO representing Israel across the world. “Let the IPO know that apartheid is out of tune.“

“It [the IPO],” says Adalah,”serves as a cultural ambassador for the State of Israel, playing a public role in the official Israeli propaganda campaign. Brand Israel uses art and music to distract attention from Israel’s human rights ‘abuses’ and ‘ethnic cleansing’ of the ‘Palestinian’ people.” 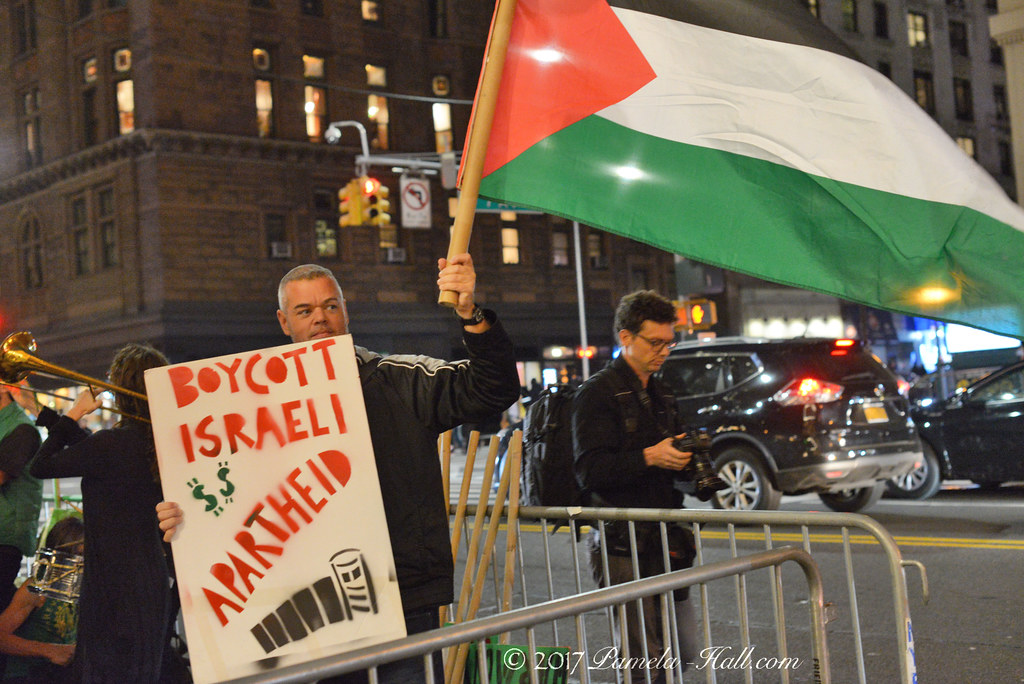 Adalah claims that, “the Israel Philharmonic Orchestra is not an apolitical cultural institution.” 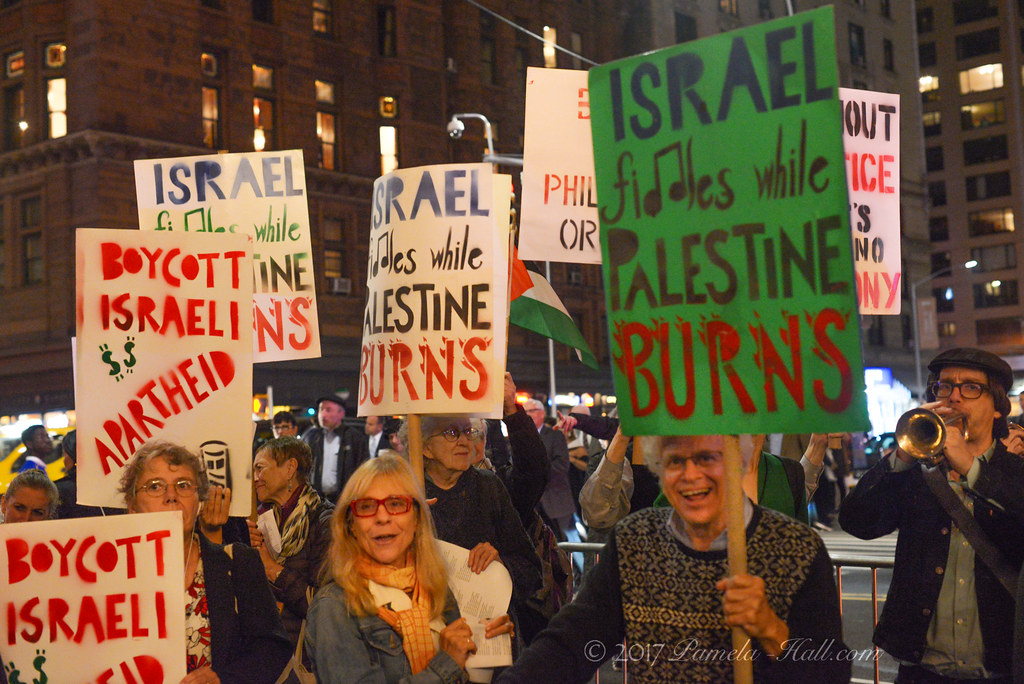 “We [Adalah and other anti-Zionists] are responding to the call from Palestinian civil society to boycott cultural institutions that are complicit in Israel’s systematic repression of the Palestinian people living under Israeli military occupation in the West Bank and Gaza Strip as unequal citizens in Israel or as refugees denied their right of return to their homeland.” 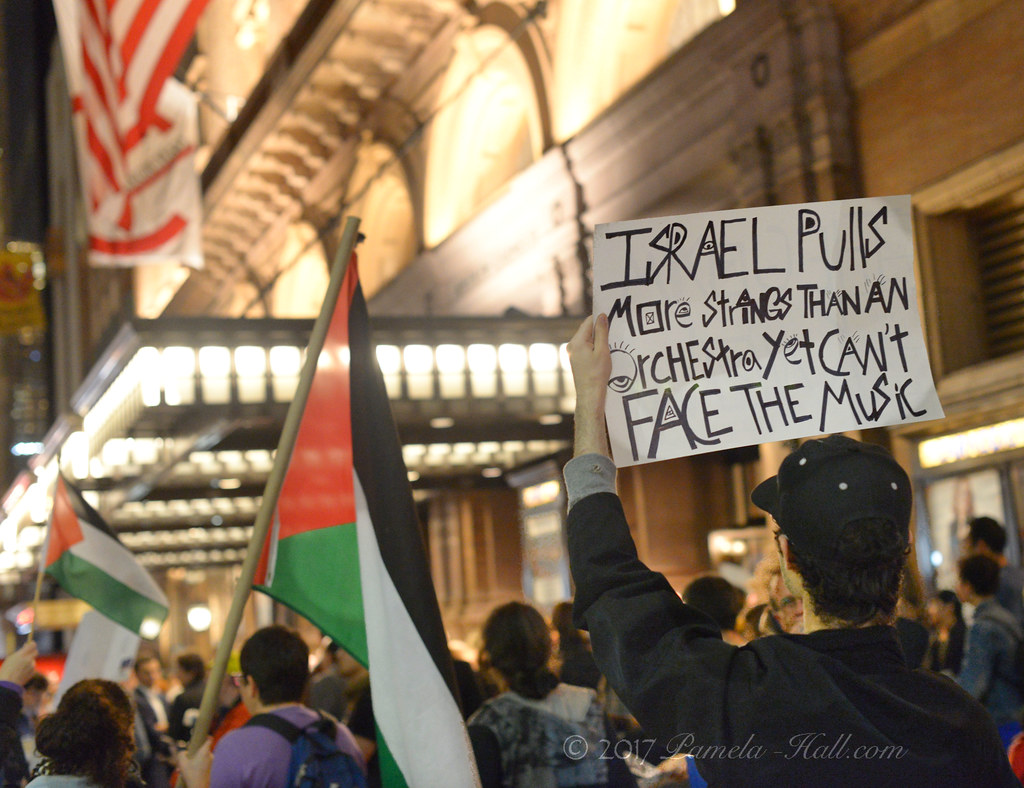 Adalah was connected to the infamous Intifada NYC T-shirt in 2007.

Former Brooklyn Principal, Debbie Almontaser, defended the t-shirts, telling the NY Post that “intifada” meant “shaking off” that the shirts represented women “shaking off” oppression. Peace be upon you… 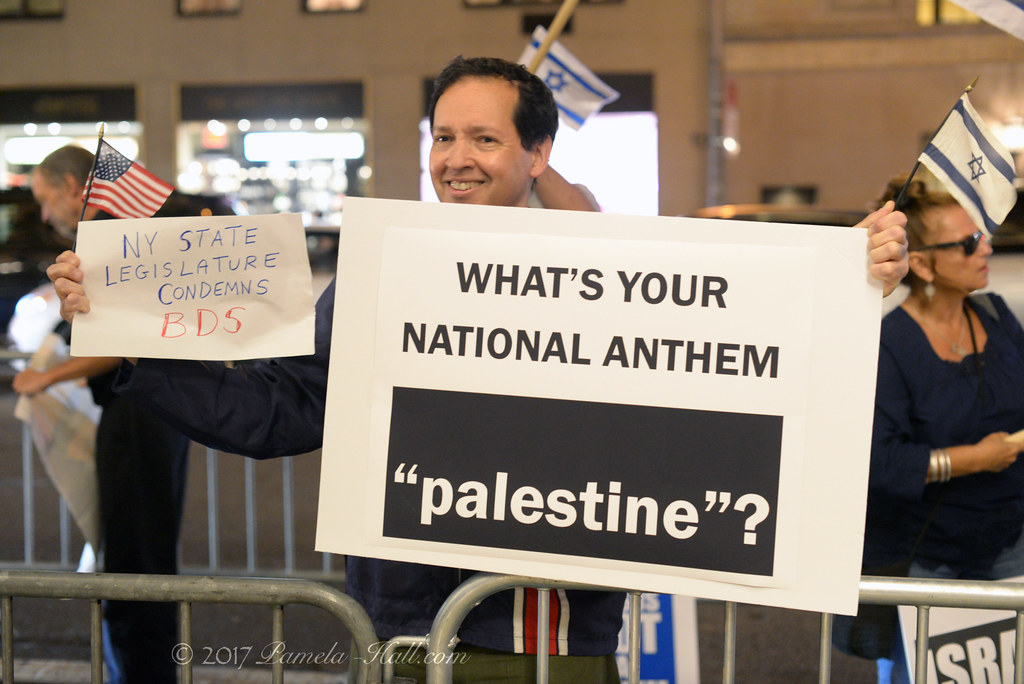 And now, the REAL STORY behind the Israel Philharmonic and its ORIGINS:

Since its inception in 1936, the Israel Philharmonic Orchestra has been dedicated to presenting exceptional music to audiences in Israel and throughout the world. From its inaugural concert, conducted by Arturo Toscanini, world-renowned soloists and conductors have performed with the IPO.

On December 26, 1936, the Palestine Symphony played its first concert in Tel Aviv under the baton of Arturo Toscanini. A staunch anti-Fascist, the legendary conductor enthusiastically accepted Huberman’s request to join the Symphony as a demonstration against Nazism, declaring, “I am doing this for humanity.” 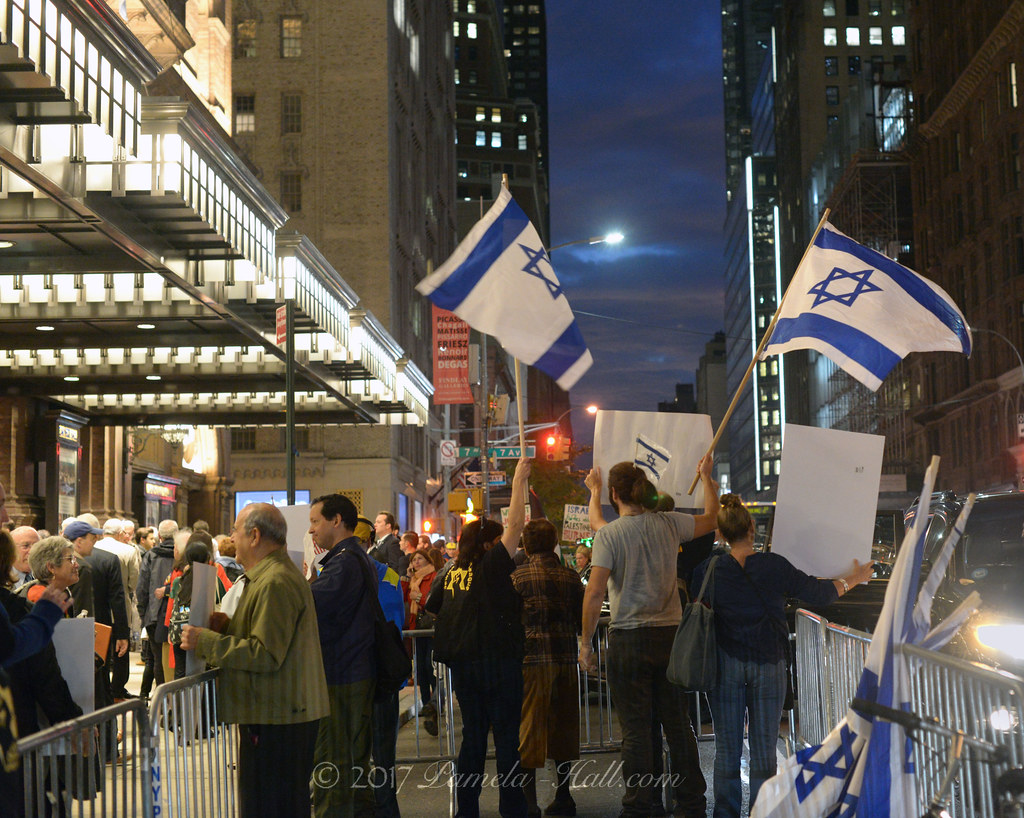 The public reception to this inaugural performance was overwhelming, with crowds standing outside near the windows and even climbing on rooftops in an attempt to hear the Symphony. The ovation at the end of the night lasted over 30 minutes.

The IPO is Israel’s foremost cultural ambassador and travels throughout the world, particularly to countries where there is little or no Israeli representation. In some cases, performances of the IPO are the only example of Israel’s existence. 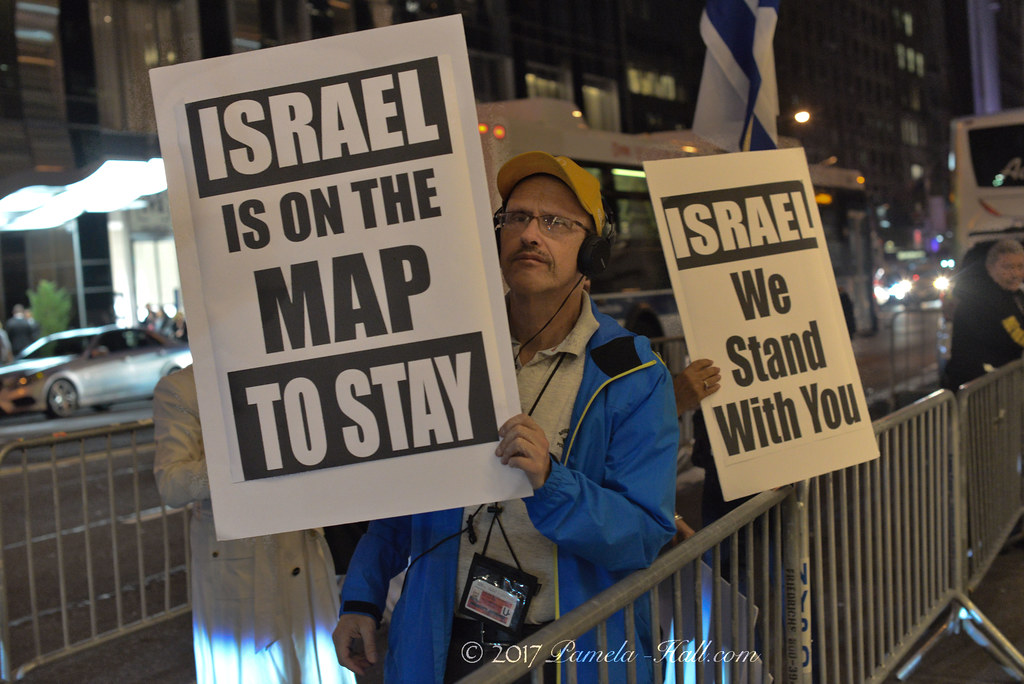 “The goodwill created by these tours, which included historic visits to Japan, Argentina, Poland, Hungary, Russia, China and India, is of enormous value to the State of Israel.” 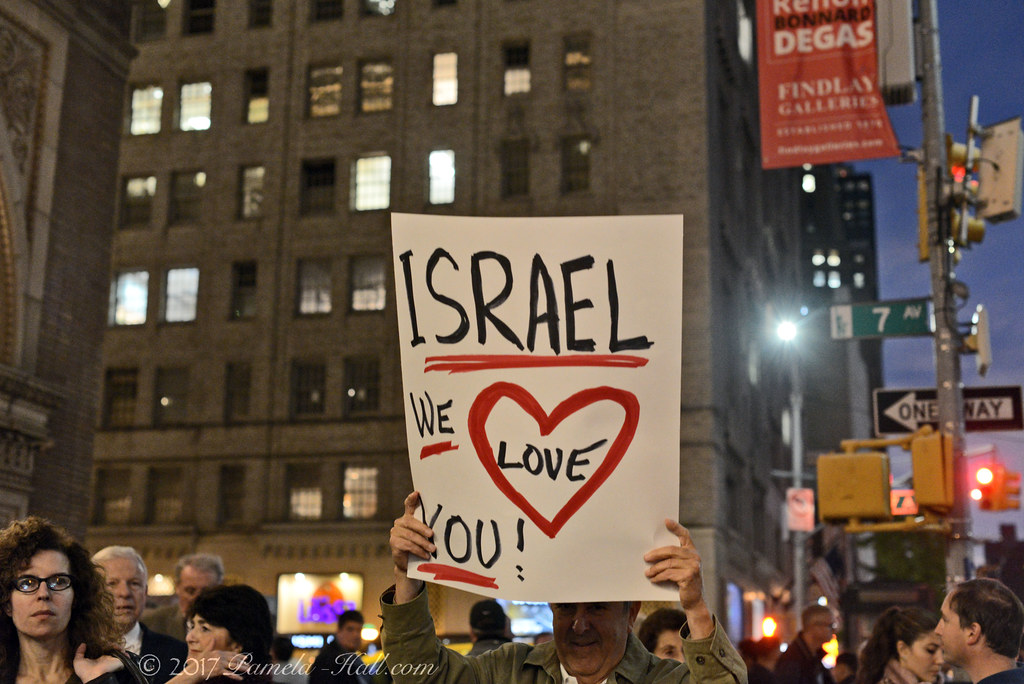 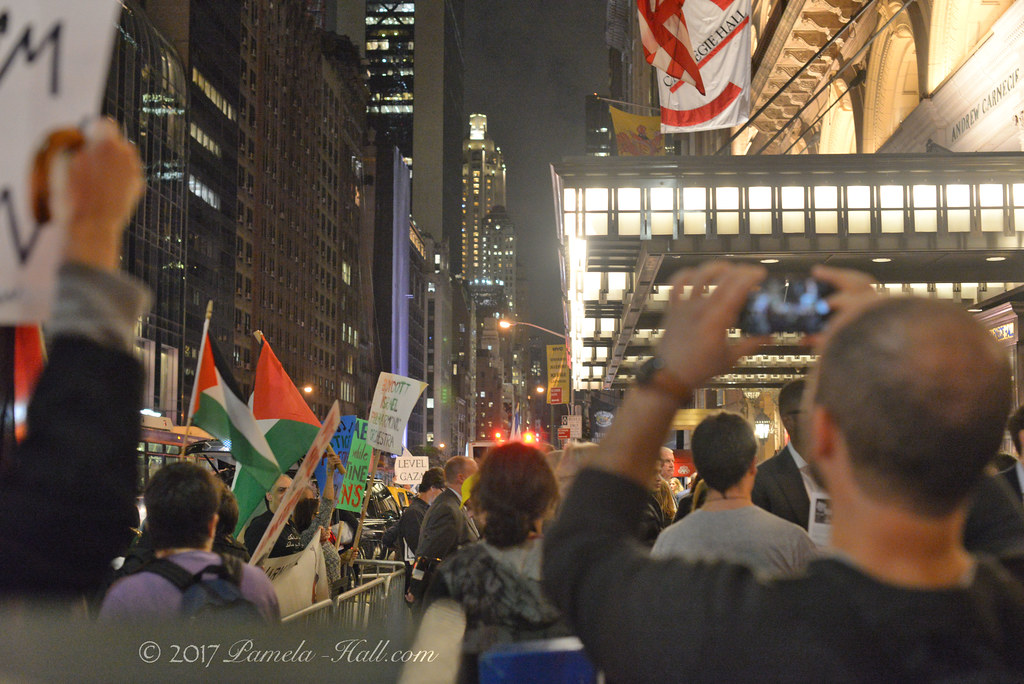 COMING UP NEXT WEEK. I found two more anti-Israel events on November 2nd, 2017, which marks the one hundred year anniversary of the Balfour Declaration.

They will gather to protest the continued occupation of “Palestine” by Israeli Zionist forces.”

Also, at the United Nations, on November 2, 2017, from 3 PM – 4:30 PM, “100 yrs of the Balfour Declaration and impact on Palestinians” — Hosted by United Nations Division for Palestinian Rights.

The United Nations Palestinian Rights Committee cordially invites you to a lecture on the Balfour Declaration and the impact it has had on the Palestinian people.The lecture will be delivered by Professor Rashid Khalidi, the Edward Said Professor of Modern Arab Studies at Columbia University and director of the Middle East Institute of Columbia’s School of International and Public Affairs in the ECOSOC Chamber of the United Nations Secretariat in New York. It will bring together a broad range of participants, including members of the diplomatic community in New York, UN staff members, representatives of civil society organizations and the general public.

Stand Up For Israel! 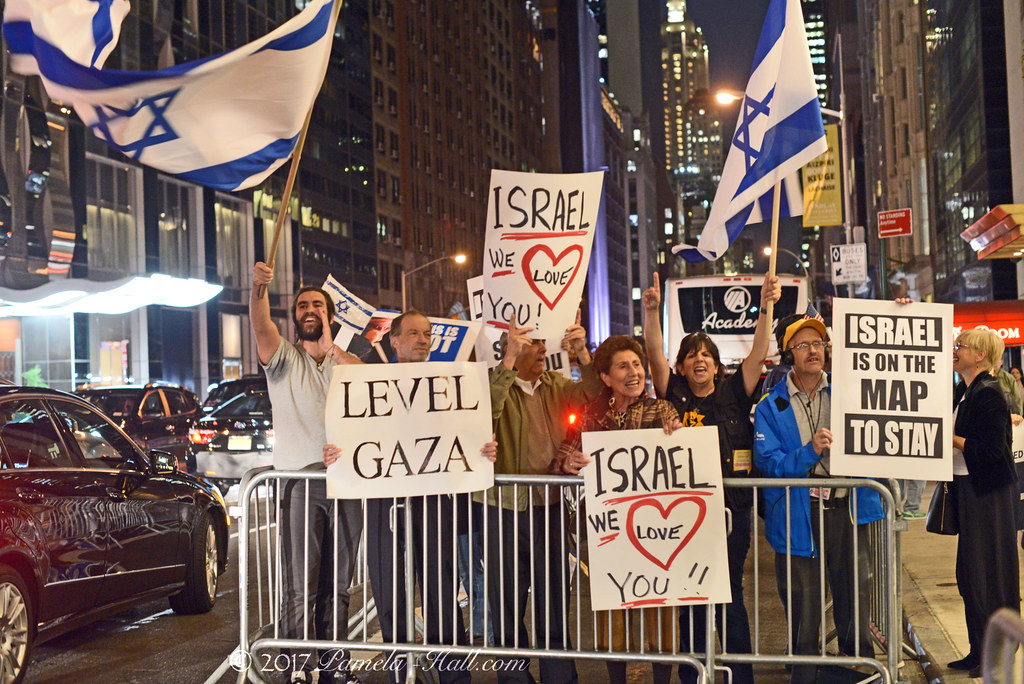