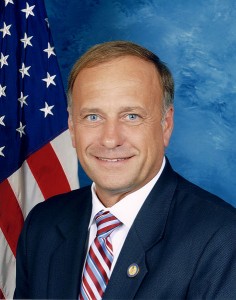 Open borders advocates have done us a huge favor in the form of listing public servants that they despise. Courtesy of the Huffington Post, we now know who to vote for  in upcoming elections. And, with the exception for J.D. Hayworth-who was, unfortunately, defeated in his bid to unseat Senator John McCain-they’re all up re-election this year! Perhaps the most amusing aspect of this petulant list is the fact that Ms. Novick insists upon labeling the entirely accurate report exposing President Obama’s stealth amnesty  as a misleading disinformation campaign.

Putting that intentional deception aside, the fact that this woman felt compelled to highlight the alleged obstructionism of these ten political figures merely demonostrates the fact that they are ten of the most useful, productive public figures we have in the United States today. And for that, we salute them.

This entry was posted on August 28, 2010 at 9:07 PM and is filed under News, News and Analysis. You can follow any responses to this entry through the RSS 2.0 feed.