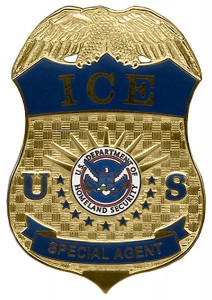 It turns out that the furor surrounding the Obama administration’s plan to enact amnesty through executive fiat is not simply an exercise in political hysteria by the the President’s opponents, but an understandable reaction by people who’ve witnessed his administration’s unwillingness to enforce immigration laws throughout his first term.  Now we have concrete evidence that this backdoor amnesty-and that’s what this plan is, Mr. Morton-is proceeding apace. Courtesy of the Houston Chronicle, we learn that the federal immigration bureaucracy has decided to address a backlog in cases by not enforcing the law.

While we were earnestly told that these alleged non-criminal illegal aliens were being downgraded on the BICE’s list of priorities, in actuality they were being given a green light to apply for asylum and legal residency, as the Chronicle report illustrates. I can’t say that I’m surprised by these developments.

This entry was posted on August 26, 2010 at 11:57 PM and is filed under News, News and Analysis. You can follow any responses to this entry through the RSS 2.0 feed.