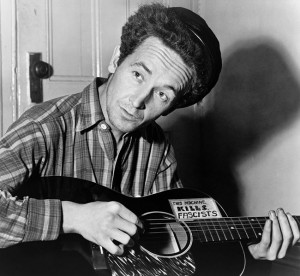 Michel Evanchik, the creator and publisher of this website, made an interesting proposal recently that would, if implemented successfully, address a small part of the current problem posed by the unauthorized presence of millions of foreign nationals within this country. The concept of paying illegal aliens to leave this country of their own volition-and to never return-presents a number of rather obvious objections. Leaving aside the morality of deportation-personally, if it’s by mutual consent I don’t see the process as inherently unethical-there are some practical impediments. As this story about France’s abrupt deportation of  Gypsies living in settlement camps makes clear, the process of getting illegal aliens to leave is not nearly as problematic as preventing their eventual return.

What’s to prevent an illegal from simply using the cash stipend suggested by my friend Mr. Evanchik as a down payment for a more clever set of forged documents, or a more elaborate scheme to re-enter the United States with a more persistent coyote or snakehead? Also, can’t the same argument that I and my colleague invoke against mass amnesty be used against this proposal? After all, aren’t we simply rewarding illegal behavior? Aren’t we tacitly condoning the process by which these people came here, and in fact encouraging future attempts by foreign nationals to come here illegally, if for no other reason than to receive a generous cash grant from the federal government? There’s also the added risk that those illegals we return might simply reinforce pre-existing, incredibly powerful crime syndicates within their native countries.

These are all valid, legitimate arguments, which are also very compelling because they do have the ring of truth to them. That being said, I still believe that the potential risks are vastly outweighed by the potential rewards, should such a program be enacted and enforced with some degree of success. At the very least, a pilot program that tests out Michel’s underlying thesis, i.e. many people came here due to economic carrots and therefore are willing to leave if given enough financial incentive to do so, should be given a trial run. At the very worst, it will be a failed experiment, but we’ll be no worse off-give or take a few billion dollars-than we were to begin with, whereas amnesty has failed repeatedly. True, these individuals will have returned-thus proving the inefficacy of the program-but they will never become citizens, and they can be deported once again for their crimes.

And while I hesitate to make predictions about the success or failure of a purely theoretical program, the fact remains that self-deportation has worked whenever it’s been tried, so long as it’s accompanied by a robust program of border control and immigration enforcement. A vivid illustration of this concept is the controversial repatriation of Mexican immigrants living here during the Great Depression. Although the compulsory deportation of recent Mexican immigrants-who up to that point had been exempted from immigration quotas-remains a lamentable period in our nation’s history, there were many thousands of Mexicans who returned to their country voluntarily during the same period. Whether it was because of economic necessity, or for familial reasons, many decided to begin their lives anew in their homeland, which just serves to illustrate that one of the chief  arguments invoked by the open borders crowd, i.e. “it’s impossible to deter illegal immigration,” is completely specious.

This is a story that’s been repeated throughout our history, most recently by the illegal aliens living in Midwood’s ‘Little Pakistan,’ which saw a sharp exodus after the September 11th attacks required certain foreign nationals to register with the federal government. Mexico has even extended resources to those citizens who have decided to return home in the wake of SB 1070′s partial implementation.

None of this is to say that a law along the lines of France’s new policy towards the Roma will be successful in the long run, or that it won’t be a complete and utter failure. However, considering the potential alternatives-a number of which have already proven to be unsuccessful-I think it’s worth embracing, at least a bit.

This entry was posted on August 24, 2010 at 3:55 AM and is filed under Analysis, News and Analysis. You can follow any responses to this entry through the RSS 2.0 feed.